A STUDENT has unveiled plans to quit university and focus on different methods of amassing a huge amount of debt.

Tom Booker, 20, from Stevenage, said that despite the positives of a huge debt incurred from higher education, life was too short and he wanted more variety in his pursuit of never-ending financial stress.

Booker said: “People think trying to better yourself is the only way you can amass a huge, lifelong debt but those are the sort of idiots who get degrees.

“I could take up online gambling or buy a brand new Ferrari and crash it into a shop window full of Ming vases.

“I could buy 20 leopards from a Russian gangster or open a five star hotel in Coventry. Or I could just borrow twenty quid from Wonga.

“It’s called ‘lifelong learning’ and it’s going to be great.”

Clown from 'It' available for children's parties for free 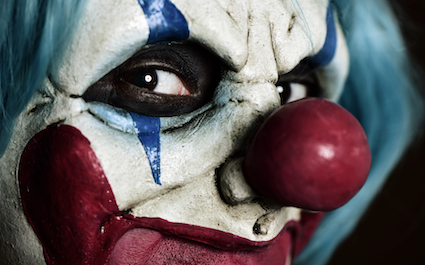 PENNYWISE the Dancing Clown from Stephen King’s It has announced his availability for childrens’ parties for nothing.

The Derry-based clown, also known as Bob Grey, claims his experience in the position goes back many millennia and that it will be unforgettable for everyone involved.

Francesca Ryan of Nottingham said: “Gosh, well this is a piece of luck.

“I didn’t have anything for Josh’s party on Saturday, what with most places being closed after the senseless massacre at the soft-play the other week, and he sounds perfect.

“He teaches the children a little local history, appears magically in whatever form delights them most, then takes them on a special trip to the marvellous deadlights rendering them catatonic. So an early bed.

“Apparently he’s only available every 27 years, so it’s something of a coup to get him.”

Pennywise said: “It’s a loss leader as I’m pig-sick of Keith from The Prodigy taking all my business.”