Please keep women out of the SAS, say men who can only read books about the SAS

WOMEN should not be allowed in the SAS, according to men who read books about the SAS and only about the SAS.

Following the news that women can perform in any role in the RAF, the men have pleaded with the Army to keep the Special Air Service sacrosanct and female-free.

Roy Hobbs of Dorking said: “Can we escape women nowhere?

“They’re in golf, they’re on the news, and two of them came into the saloon bar of the British Legion last month. And ordered their own drinks.

“My only refuge from this tidal wave of femininity is in books about the SAS, often but not exclusively written by Andy McNab, books in which only fighting men exist and emotions are a dismissed frippery.

“Frankly they’re the only reason I’m literate, and if suddenly female sergeants turn up in them saying ‘On my six, fucksticks,’ then I’ll stop reading forever and it’ll be feminism’s fault.”

Hobbs added: “I don’t find them sexually arousing. The books, not the women. Or women either.” 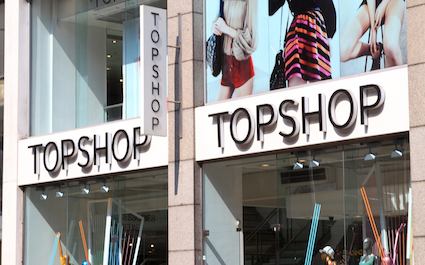 A 36-YEAR-OLD woman says she feels ‘relieved and happy’ after admitting that she would rather shop in Marks & Spencer than Topshop.

Donna Sheridan has been a slave to the high street store for the last two decades, but has finally thrown off the chains of youth fashion to embrace impending middle age.

She said: “It’s been a long, tough fight. Just last month I bought a vinyl crop t-shirt from Topshop, only to get it home and realise once again I’m not fourteen.

“I’ve been in denial, tempted by the shapeless comfort of M&S but still somehow convinced I was a fashionable young woman who could rock a lace playsuit.

“But the sweet relief of my first M&S shop proved how wrong I’d been. I slipped into those wonderful slacks and slippers and comfy jumpers like I was slipping into a warm bath of invisibility to young dickheads.

“I will be shopping exclusively there from now on, and I have told my family not to be alarmed when I turn up looking like a long-lost maiden aunt.

“Apart from the fleeces. If they see me in a fleece, it’s time to euthanise me.”