MOST students at desirable state schools are actually middle class parents in disguise as their children.

Head teachers have warned of a worrying increase in parents determined to improve their children’s grades by making them stay home while they attend school in their place.

Teacher Roy Hobbs said: “I asked one mysteriously balding pupil what his favourite TV programme was and he said Minder.

“My class is just a bunch of middle-aged people talking in high-pitched voices and slyly taking business calls on their mobiles.

“It’s hard to prove anything because there’s a risk you might upset a seriously weird-looking kid, but it’s pretty obvious from the amount of pupils excusing themselves from PE with piles and sciatica.”

Parent/pupil Emma Bradford said: “I just want to give my daughter the best possible start in life by pretending to be her while she stays at home and doesn’t go near windows.

“It’s a good system although last Friday I had to go to a ‘spin the bottle’ party and kissed a teenage boy in a cupboard which was a slight moral grey area.” 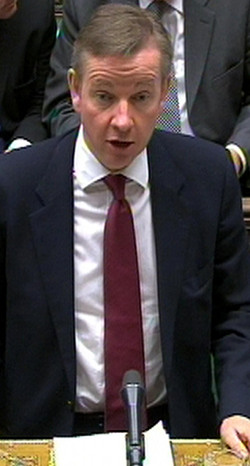 PUPILS should be encouraged to read Judy Blume’s classic teen novels about tender sexual awakenings, according to Michael Gove.

“It’s so well written that when I first read Forever I actually felt I was a teenage girl, nervously touching a boy’s erect penis for the first time.

“The main character, Katherine, is in the middle of her senior year at high school, with all the social pressure that entails.

“However the fatal twist comes when Katherine meets another, older, boy while doing a summer job and thus the stage is set for a classic love triangle.

“The male lead, coincidentally also called Michael, calls his member Ralph which incidentally inspired my own name for my reproductive organ.

“The book really stayed with me and I still re-read the best bits to this day. The rest of the Blume canon is good too, especially Are You There God? It’s Me, Margaret and Then Again, Maybe I Won’t.