Stupid upper class 'being excluded from factories and call centres'

STUPID, privately educated people are being sidelined from low wage jobs, it has emerged.

A survey found that almost no potential candidates who attended fee-paying schools are being hired by call centres and factories.

Researcher Julian Cook said: “Instead they are forced into the world of finance, thwarting their ambition to work with their hands or get penalised for going to the toilet.

“Some of the very stupid ones are even forced to advise other upper class people on what paintings to buy from small independent galleries.”

Oliver Hampton, an utter moron who went to the £33,000 a year Shrewsbury School, said: “I want to earn a very small salary but I can’t because of my ‘posh’ accent.

“My qualifications are much worse than the working class people in these factories. How stupid do I have to be?

“I’ll have to spend the rest of my life being head of emerging market equities at Kleinwort Benson.

“I don’t even know what that means.”

Magna Carta ‘not as good as latest Prince George photos' 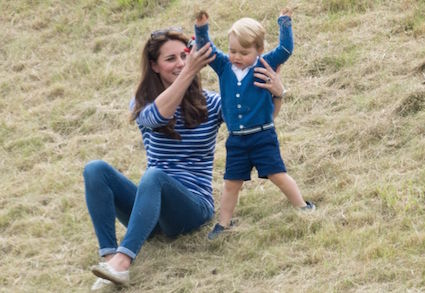 THE Magna Carta is shit compared to the latest photos of Prince George, it has been agreed.

On the 800th anniversary of the document which limited the power of the monarchy, Britain said the two year-old prince is just lovely.

Prince George proved how much better he is than the Magna Carta yesterday by frolicking at a polo match from which 99 percent of population would have been ejected.

Tom Booker, from Stevenage, said: “It’s so nice to see him having a lovely time in a relaxed environment without being bothered by scum like me.

“The Magna Carta doesn’t make me feel like that. It makes me feel bored. And, let’s be honest, Prince George is so brilliant that we really don’t need it anymore.

“He will be a lovely king who will make perfect decisions and his children are bound to be even lovelier than him.”

Booker added: “I’m not a constitutional expert, but I presume the Queen can just set fire to the Magna Carta?”