A STUDENT who received top A-Level results plans to work them into every conversation she has for the rest of her life.

Ella Bradbury said: “Oh, it’s no big deal, really, I only got five A*s in Physics, Further Maths, Chemistry, Biology, oh and English – just as a doss subject, to let off some steam, you know?

“Hopefully Cambridge won’t count that against me.”

She added: “I almost forgot to mention, I also got top five percent national grades in Physics and Biology respectively, but I’m sure that’s got to be quite common, as I barely even studied.

“I bet loads of other people did way better than I did. I mean, not at this school, or any school I’ve heard of… but probably somewhere.” 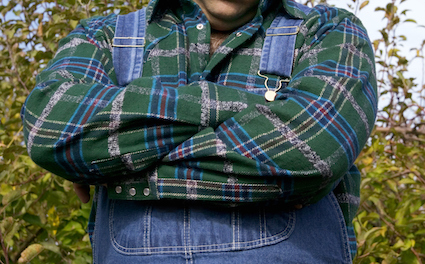 DONALD Trump is to conduct the rest of ‘presidency’ while balancing a shotgun across the back of his neck and chewing on a piece of grass.

Unveiling his ‘Redneck Agenda’, Trump appeared on the White House balcony, accompanied by a burly, toothless man named ‘Lyle’ and his daughter Ivanka, who he revealed was also his new wife.

Trump and ‘Lyle’ then fired their shotguns at a crowd of fleeing journalists.

The White House confirmed Trump will spend most of his time wandering around Washington DC asking tourists ‘if they are from around here’ and questioning anyone ‘who looks a bit A-rab’ .

A spokesman added: “He may also tell you that you have a ‘pretty mouth’. So watch out for that.”