Swap your summer fling for your winter cuff-up: five things to do before the firebreak lockdown

THE UK’s return to normality is going so well there might be a firebreak lockdown in October. Get these five activities done first:

Swap your summer fling for your winter cuff-up

Just as you’re packing your shorts away and breaking out your dufflecoat, it’s time to ditch your flighty summer romance for a settled winter dalliance. Ditch them now so it won’t look like you’re panicking at spending lockdown with them. Ditch them now before they ditch you.

You know the drill. At the first sign of lockdown, shoppers descend on supermarkets like locusts. Beat the rush by stocking up on pasta and flour tonight and you’ll be free to ignore them and live on takeaways, just like the last two lockdowns.

2020 was the year of cancelled weddings and a shit Christmas, and if there’s a firebreak lockdown the coming Halloween will be scrapped too. Get yours in early by dressing up and going trick-or-treating in the blistering September heat. Be prepared to administer more tricks than you receive treats this year.

Get hammered with your mates in the pub

A two-week school holiday shouldn’t really make any difference to your God-given right as an English citizen to get pissed in a hostelry, but you can’t be too careful. Get together and knock back pints like there’s no tomorrow. It’s sensible, prudent and forward-thinking.

Pop to the shops without a mask

Currently you can forego face coverings while nipping for a pint of milk, but that luxury could soon be snatched from us. Go crazy and breathe big lungfuls of unmasked air in the chilled aisles while you can because before you know it you might have to act responsibly again.

'Going exclusive': bullshit relationship milestones you can make your friends pretend to care about 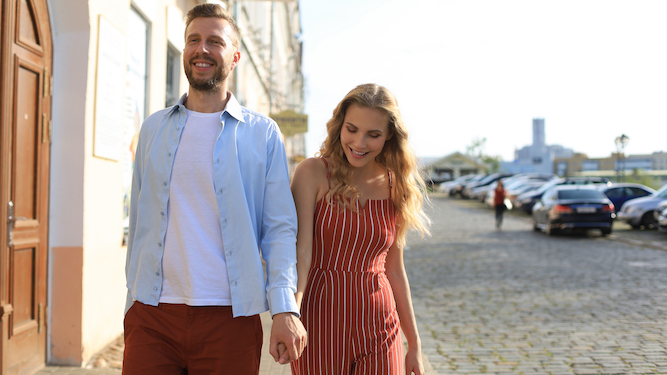 DOES your relationship only exist if it’s getting likes on social media? Then announce these meaningless relationship milestones to force your friends to respond:

This announcement has two uses: gets attention in the group chat while making everyone push their laptops away at the thought of you getting it good and hard. Yeah, they’ll comment on the carnal complexities of your love life, just as they would on a particularly gruesome car crash.

Declaring that you and your partner have simultaneously decided you can’t do any better for the time being is just so f**king romantic. Watch friends nod along to your story of your beau deciding to stop porking their co-worker every other weekend to exclusively pork you instead.

One month? One month of what? The fact that the fire of passion’s already dampened enough to be having calendar-specified nights out after four weeks should be cause for concern. But go on, proclaim it, and make friends ask about the low-budget present you got bought because they’ve only been seeing you for a poxy month.

‘We decided I should have a drawer’

Sure, ‘we’ decided, because ‘we’ were definitely agreed that ‘we’ couldn’t keep wearing the same underwear for three days then throwing them away in the kitchen bin. It’s definitely a milestone though, because look, people are still finding new things to say about what one small drawer means for your relationship.

‘We’re having a baby’

This one’s going a bit too far. Just because you’ve managed to conjure the sacred miracle of life we’re meant to care? Now everyone’s got to ask about pregnancy, or names, or the unbridled joy of becoming a new parent. Pack it in for a minute and give Neil a chance to talk about his new lawnmower.