Oliver O’Connor endured months of being called a ‘f**king square’ for spending weekends studying, and is now exacting his revenge by being extremely smug.

O’Connor said: “Everyone says mocks don’t count, and usually they’re right, but I have been gifted a once-in-a-lifetime opportunity to feel superior thanks to an unexpected, deadly pandemic.

“All those kids who were planning to slack off a bit and revise properly later will now be fighting their way through clearing whilst I’m planning my cool new uni name. I’m thinking something like ‘Oz’.

“There’s always a chance mocks might be important. I don’t want to say ‘I told you so’, but as I said to Lucy earlier, ‘I told you so’. I hope she heard my wise words over her sobs.”

Fellow student Jordan Gardner said: “We’re all a bit too old to give the swotty bastard a wedgie these days, but since I’m going to South Bank uni now he can have one for old times’ sake.” 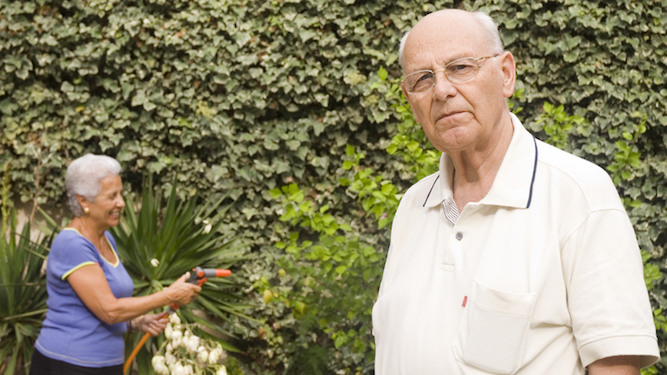 Telling you to drink hot tea

Mums will insist you do this because obviously the only truly refreshing drink in a heatwave is a cup of scalding hot water. Apparently it cools you down, but this could just be mum bollocks handed down the generations. Just hope she hasn’t murdered your dad with heatstroke by making him drink three.

Making you pop round to fix the printer

Is ‘popping round’ really a good idea right now, with tarmac melting in front of your eyes and savage lightning storms? What the heck, of course you’ll drive for 45 minutes in an oven-like car to push the power cable a bit further into the back of your mum’s printer.

Refusing to use their fan

While the nation swelters, your parents have a powerful yet quiet fan from John Lewis which is kept strictly in its box in a cupboard. You’re concerned because they’ve said they get dangerously hot at night, but the fan is not coming out because they’re worried about how much electricity it will use. Naturally, they have not investigated whether it’s actually very economical.

Hassling you about suncream

You’re actually wearing a SPF 50 moisturiser but your mum won’t believe it’s effective unless you’re covered in a thick layer of greasy, slicked-on gloop like when you were a kid.

Sleeping with all the windows firmly closed because of burglars

Your parents would love a nice breeze at night but they can’t open the upstairs bedroom window, not even a sliver, because of burglars. Despite living in a low-crime area, apparently the nation’s thieves are queuing up to precariously scale the side of the house and make off with their John Lewis fan, ancient printer and a hundredweight of Yorkshire tea bags.