Taping albums off a mate, and other reasons you thought you'd be arrested as a kid

AS a child, did you think you might be arrested for the most trivial of things? Here’s why a distant siren put the fear of God into you.

Once, while you were in the newsagent’s buying a copy of Look-in, you stuck a penny chew down your sock when the shopkeeper wasn’t looking. On the way home you saw a police car, and were so scared they’d come for you that you wet yourself a bit.

Riding on the pavement

Practising rudimentary bunny hops and fakies on your Raleigh Burner carried the threat of being stopped by the police. Fleeing the scene was pointless as they could call a helicopter, so your only legal avenue would have been to claim you couldn’t ride on the road because you hadn’t passed your cycling proficiency test.

Records used to carry the Home Taping is Killing Music logo, so getting your mate to tape you a copy of Thriller carried with it a whiff of danger. In reality, the police had much bigger fish to fry and were strangely more concerned about burglars, murderers, armed robbers and the IRA.

When you discovered your parents’ stash of weird alcoholic drinks people gave them as souvenirs from foreign holidays, you grabbed a bottle with the aim of drinking it in the park with your friends. It’s probably for the best you chickened out, scared a local busybody would phone the police, just to avoid advocaat-coloured vomit all down your sweater.

You watched a cheery movie double-bill of Threads and When The Wind Blows with your politically aware older brother, prompting your dad to jokingly label you ‘CND communists’. The thought that you may have committed treason, along with nightmares about the nuclear apocalypse, resulted in your worst night’s sleep ever.

'Was it the sleaze, the lies, the Christmas parties or all three?' voters asked 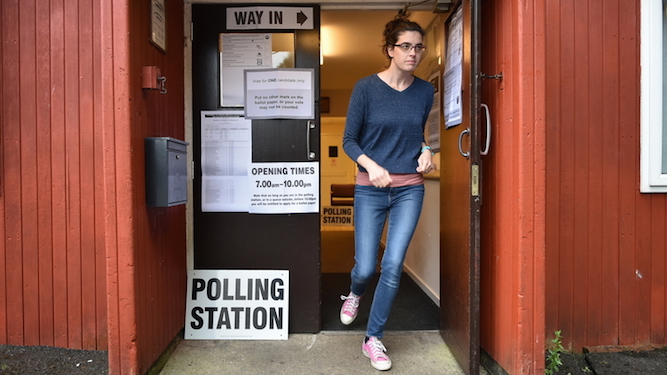 THE Conservatives have asked the people of North Shropshire to specify which horrendous f**k-up made them vote for the Lib Dems.

Conservative candidate Neil Shastri-Hurst, who lost the safe seat for the first time in nearly 200 years, has been attempting to achieve closure by asking voters which of his party’s many catastrophic errors put them off.

He said: “It’s the not knowing which makes this defeat even harder to endure. Was it Owen Paterson’s lobbying that left you cold? Or was it how we tried to block his immediate suspension and change the policing of MP’s standards?

“Perhaps it was how we partied during last year’s Christmas lockdown while you couldn’t visit your dying relatives one last time that made you turn your back on us. I feel like I’m grasping at straws with that one though so please, just tell me.

“I suppose there’s an outside chance our blatant xenophobia, hostility towards migrants and inherent corruption might have repulsed you, although those things don’t appear to have been an issue in the past.

“If you could get back to me, even a text would do, then I can make empty promises about how we can change.”

North Shropshire resident Wayne Hayes said: “I thought it would be obvious. I don’t like Boris, but I don’t like Starmer even more.”