THE misery and frustration of missing out on Glastonbury tickets is good training for life, delighted parents have confirmed.

Mary Fisher, mother of 17-year-old Helen, encouraged her daughter to try and buy tickets to the festival, knowing full well that the experience would ultimately be disappointing.

Fisher said: “You start out full of hope and optimism, then begin to suspect that it might not turn out to be everything it promised.

“This is followed by a long period of intense frustration, culminating in that feeling of pure, murderous rage when you realise your closely nurtured dreams have been smashed.

“Then you end up buying tickets for V Festival and pretending it will be just as good, whilst all the time crying on the inside.”

Helen said: “This was nothing compared to what I learnt whilst trying to explain to mum how to place her Ocado order online. Namely that your parents get progressively more irritating and demented until you eventually end up doing everything for them.

“This is why I want to get off my head at festivals whilst I’ve still got the chance.” 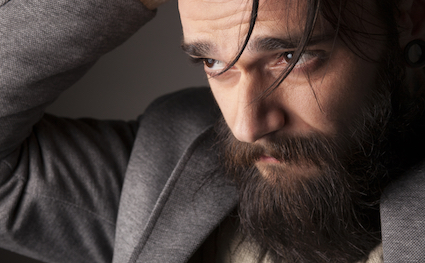 A HIPSTER is angry that a woman he befriended before anyone else now has lots of other friends too.

Tom Logan, a ‘digital marketer’, insists he was friends with Joanne Kramer, a graphic designer and DJ, long before her social circle went mainstream.

Logan said: “Back in the day, nobody knew about Joanne except me, because she’d just moved to London from Cambridgeshire and she hadn’t got her wifi set up yet. We met at a bus stop, because I do things old school. I was in on the ground floor, before she met that art collective and moved into their shared exhibition loft.

“Now everyone’s like ‘oh yeah, Jo’s cool, I like her hair.’ Well I told her to do her hair like that. I actually prefer her old hair, which surprises a lot of people who don’t know she used to have a choppy fringe, but that just proves I take my Jo facts far more seriously than these arrivistes.”

Logan added he remembered the night Kramer broke through to widespread acceptance, when their local pub had a lock-in and she revealed a talent for doing animal impersonations, leading to a number of party invites and Facebook friend requests.