A TEN-YEAR-OLD who can beat up anyone at his school has accepted that life will not get any better than this.

Stephen Malley triumphed in a scuffle with a year six pupil yesterday, meaning that he is now the undisputed champion of St John’s C of E Primary and it is downhill from here.

Malley said: “Even the teachers know it. And now what? I weep, for there are no kids left for me to conquer.

“I’ve got two years left at this school, two years of nobody daring to even challenge me, before I go to secondary school and get the shit kicked out of me for what I did to someone’s little brother.

“After that I’ll leave with hardly any qualifications, get a job in a garage, drink in the same pub every night and live for those moments when someone recognises me as the former king of the playground.

“It’s painful to think that some of these kids have so much more ahead of them than I’ll ever have. I think I’ll give out a few dead legs today, as pre-emptive revenge.”

Fellow pupil Julian Cook said: “I can’t wait until I’m 18 and the brightest kid in school. Then I’ll go to university and spend the rest of my days as a has-been.” 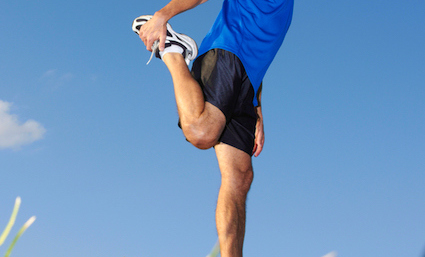 A MIDDLE-aged man has caused a stir at work by donning a provocative outfit that clearly shows he is ‘asking for it’.

Terry Johnson, 52, was seen unashamedly flaunting his assets while heading for a lunchtime jog, opting for thigh-skimming nylon shorts and a tight t-shirt highlighting his ample cleavage.

Manager Joanna Bell said: “Look at him. You have to ask, what kind of message is he trying to send with that clothing?

“Why would he put on such a sexual display if not for the attention of women?”

She added: “It’s not just him. My assistant regularly comes to work in tight-fitting trousers and the lad in the cafe was clearly signalling when he asked me ‘how do you like it?’ as I ordered my coffee this morning.

“I’m not sexist – but I am only human. They know exactly what they are doing.”

Meanwhile, Johnson continued his sensual display by applying chapstick in full view of several women near the photocopier.