ARE your attempts to have a debate frequently undermined by the other person’s inability to argue without being a complete twat? Here are their annoying techniques.

Assuming that talking the loudest makes them right

Or just shouting. Somehow they believe that being a bolshy bastard or just plain aggressive wins an argument. Unfortunately ranting at a higher sound level is not irrefutable evidence of them being right.

Failing to understand that people have different views

We all have opinions on things and sometimes they differ. Is that difficult to understand? Apparently so, as the merest sign of a disagreement sends these people into a state of defensive fury as if you’re physically threatening them, not just discussing whether Line of Duty is a bit overrated.

Rather than arguing about the issue at stake, these charming individuals resort to personal insults in an attempt to undermine your case. Not nice, and a bit over-the-top when the disagreement is only about how to pronounce the word ‘lido’.

Pressuring neutral bystanders into taking their side

Idiots will rope in a bystander who has been silently observing, saying something like ‘Steve, you agree with me, don’t you?’ When Steve looks uncertain, they say ‘Thank you’ and nod in agreement with themselves, as if they’ve had the final word.

After realising the opposing argument may have some merit, rather than accepting this they storm off like a moody teenager, shouting something along the lines of ‘This is ridiculous, like talking to a brick wall’, then slam a door somewhere, as if this signifies victory. 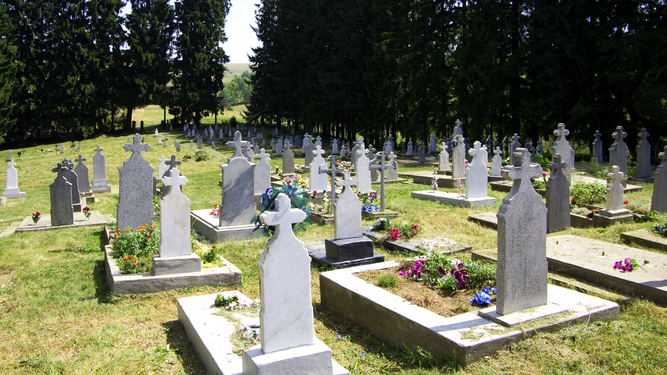 RACISM is no longer a problem in the UK, thanks to a government report. So what other contemporary issues could be eradicated with some dubious research?

Not owning your own home

Yes, you would like to own your own home, but a new government report Owning Your Own Home is Shit conclusively proves that not owning a house is better. You’re a free-wheeling rebel who isn’t tied down to a property, apart from your massive monthly rent or being forced to live with your parents when you’re 31.

Like racism, the problem of breaking your leg is exaggerated. Many people who claim to have broken their leg are probably just imagining it. We need to stop obsessing about broken legs and focus on limbs that aren’t broken, such as arms.

Belittling and harassing women sounds bad, but look at the positive side. Sexism has provided generations of men with entertainment and better employment prospects. And would you want to live in a world without 1970s comedy like On The Buses? Of course not.

Too many people fly into a panic when a wasp starts buzzing around their can of cider at a picnic. But ask yourself: how many people DON’T get stung by wasps, especially in winter? Clearly the problem is hugely exaggerated.

Your partner having an affair

Walking in on your partner in bed with someone else suggests they are cheating on you, but is it all in your mind? They may just be getting a second opinion on whether you need a new mattress, and if they appear to be actually making love, they could be rehearsing for a particularly raunchy amateur dramatics production.

Traditionally, mankind has feared death and dying and tried to avoid them. This is a very shortsighted way to look at things. Death provides thousands of undertakers with an income, not to mention related industries such as contract killing.