The five worst social occasions to come out at

UNABLE to keep your sexuality a secret any longer? Try to avoid declaring unashamedly to the world who you really are at these:

Unlike weddings and funerals which have a point, everyone’s bored shitless at christenings. Consequently your bold leaving of the closet will go down great as family queue up to embrace the new you, apart from the parents of the child this event was meant to be about who are paying for your party. You’ll assume them homophobic when they’re just pissed off.

Your friends are relaxed and happy and you’re in a crowd of open-minded young people. Where could be better? Except the music’s very loud and everyone’s very, very on drugs and the whole coming out thing simply doesn’t stick and you have to do it again the next day, when everyone’s too hungover to proffer the appropriate joy.

University’s cost your parents a lot of money and they’re already wondering if it was worth it. Now you’re gay? Would this have happened if you’d stayed at home and done a modern apprenticeship like Susan’s eldest? How will this affect your career prospects? Exactly how much of your loans went on, as your dad sensitively puts it, ‘gay stuff’? Makes for an awkward congratulatory meal.

Seeking safety in numbers? Then take your friends to a gay club and, surrounded by fellow queers, announce that you’re gay. To the total lack of surprise of your friends who had, based on the environment, pretty much worked it out and the unspoken scorn of the other gays who came out properly. Then another friend’s emboldened to come out and you’re sharing the spotlight. Great.

A pub just before a key football game

The revelation that a friend or family member is gay may require, even for the most open-minded, a period of reflection. During the Man City-Liverpool title decider that’s impossible.  Have you always felt this way? Can De Bruyne beat the press? Are you in a relationship? Has van Dijk lost too much pace? Was that ‘oh f**king hell no’ a response to your news, or Salah getting a free kick on the edge of the box?

Meeting couldn't even have been an email 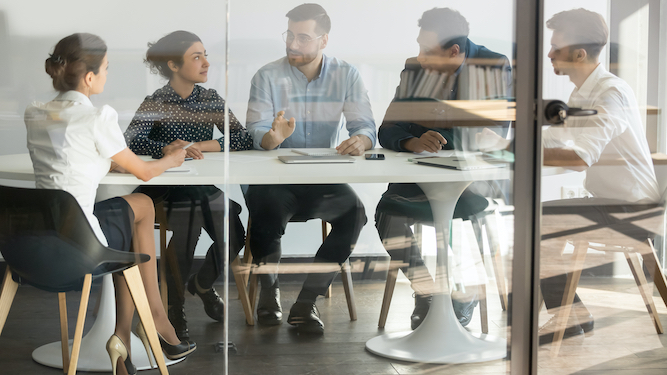 AN outright pointless Monday meeting did not even contain enough substance to have made it as an email, attendees have confirmed.

Employees summoned to the hour-long meeting were expecting it to be a lengthy presentation of information that could have been summarised in three paragraphs, but instead discovered it was not even that.

Project manager Nikki Hollis said: “After 40 minutes of preamble we began wrapping up. My pen was still poised over my pad. Not one mark had it made.

“If this meeting were an email it would run out of steam after saying ‘Dear all’. But at least you could politely delete it unread. This required us all to be present to nod along to other people nodding along.

“Shit, everyone’s looking at me. I better spout some bollocks about how cutting back on inefficiences could help us hit our KPIs in Q3. That always gets people off your back.”

Boss and meeting organiser Martin Bishop said: “It was meandering, inane and unnecessary but it reinforced that I’m the boss.

“I expect you all to work through lunch to make up for this lost time.”