The highlights of the next decade, in advance

THE cultural and political highlights of the next ten years have been announced in advance to avoid anyone missing them. Here they are:

The international tournament will see half of the first round games cancelled because of the desert heat, three-quarters of the next round and every game from the quarter-finals onward played using virtual simulations. America wins.

Following the massive, consecutive box office failures of the previous five Marvel movies and the bankrupting of Disney, the final film in the franchise is produced on a budget of £400,000 and feature all previous stars going on a coach holiday to Filey. Hilarity ensues.

Boris Johnson swept to a Christmas landslide by a nation grateful for the incredible success of Brexit which has made each and every citizen millionaires wearing top hats and monocles, quaffing champagne.

Having pivoted from climate concern to adult-oriented pop, Greta Thunburg sweeps the board at the Grammys with album Hot For You. A drunk Taylor Swift grabs the microphone, swears and soils herself at the ceremony.

Information giant Google announces, in personal emails to everybody, that it knows all your secrets and it is now your boss. Everyone quietly begins doing as they’re told while never mentioning it to anybody else.

Five non-politicians to lead Labour out of crisis 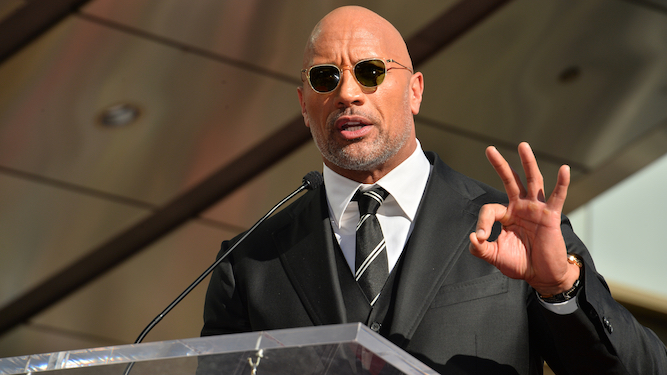 THE NEW Labour leader has to be tough, uncompromising, charismatic and a complete change of direction. Think The Rock. Or any of these:

An unemployed Jedi with a strong CV of laying waste to her enemies would be popular with traditional Labour voters, and Tories would like her because she’s actually posh. Fictional and could never be elected, so the continuity Corbyn candidate.

The main idea behind changing the look and direction of the Labour leadership is that it has to be a woman. Doesn’t really matter which one. They’re all roughly the same.

Though Blair appears to have been teetering on the brink of genuine insanity for the best part of two decades, he’s still the most successful Labour politician ever and perhaps the only person to match Boris Johnson’s megalomania. And still seven years younger than bloody Corbyn.

He was in the Army, he likes the environment and his wife’s hotter than Trump’s tart. He’d relish having something to do and annoy his older brother at the same time.

Far better than Corbyn and quite a lot more palatable to the electorate than Rebecca Long-Bailey.