Northern Tory voter can't wait for Middlesbrough to be like Hampstead

A NORTHERNER who voted Conservative is looking forward to his hometown of Middlesbrough becoming affluent, leafy and packed with intellectuals.

Martin Bishop believes Boris Johnson’s promise to ‘repay the trust’ of Northern voters means the town will soon be a wealthy London suburb favoured by the rich and famous.

The 42-year-old said: “I was sick of Middlesbrough always being on those ‘worst places to live in Britain’ lists, so I voted Brexit then Tory.

“Boris has promised loads of new spending so I expect all the boarded-up terraced houses on my street will be replaced by tasteful mansions like the one Jonathan Ross lives in.

“Within 12 months we’ll be a cultural hub for Britain’s artistic elite. I’ll probably become an acclaimed playwright like Sir David Hare. That’s got to pay better than collecting trolleys at Aldi.

“It’ll be great to have neighbours like Tom Conti, Jamie Oliver and Ridley Scott waving hello as I take my morning constitutional. I bet their kids won’t set fire to my wheelie bin.”

Denys Finch Hatton, the Conservative MP for Middlesbrough South, said: “I can absolutely confirm that the investment will take place and you are not gullible Northern dunces who could be outsmarted by a ferret.”

'What is this shithole and who the f**k are you twats?' asks bewildered man in office 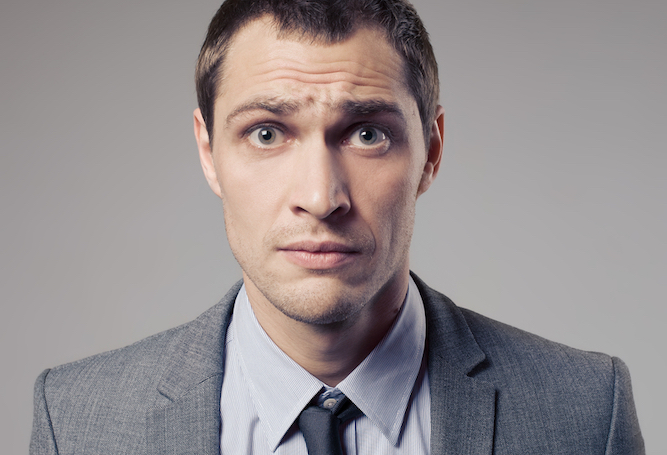 A CONFUSED man who has returned to his office after a fortnight off wants to know why he is in this shithole and who all the twats are.

Martin Bishop arrived at the unfamiliar building, where his wife informed him he used to work, at 9am  and immediately voiced his horror at both the location and the company.

He added: “Let’s not piss about. There’s clearly been some kind of terrible mistake.

“This nondescript office block reeks of despair and wasted lives. And just the expressions on your grotesque, soulless faces tell me that you are people easy to hate and impossible to avoid.

“But apparently I’m meant to spend a minimum of 37 hour a week in this shit-pit? With you wankers? Every week?

“Surely not. I’m a man who only rises at 10am after a long sleep, leisurely flicks the television on while munching Heroes, and has a beer with lunch. This life of toil and misery is alien to me. I hate the lot of you. This sucks.”

Colleague Joanna Kramer said: “This happens every year. And by lunchtime, Martin’s remembered that he’s the biggest twat of them all.”