‘The Hipster’ now a wrestling character

THERE is a character called The Hipster on the provincial wrestling circuit, it has emerged.

The Hipster, aka 29-year-old Martin Bishop, made his debut at Swindon Services Club’s Wrestle Frenzy II event, where he rode a fixed-wheel bike into the ring while pretending to sip a cup of artisan coffee.

After a few moments of confusion the crowd began to enthusiastically boo the character, who declared “I am here to gentrify your ugly working class asses” and offered insults including “Your local arts scene is like something from 1996”.

The Hipster’s signature move is the Retro Rumble, where he throws vintage games consoles at opponents. However his bout with popular local wrestler The Tormentor end after two rounds when he was smashed in the face with a step-ladder, amid much cheering.

Wrestling fan Norman Steele said: “I don’t know what a hipster is, at first I assumed he would just have wide child-bearing type hips.

“I soon got the general idea though, he’s just supposed to be a twat.”

Parents who listen to child discover he is a f**kwit 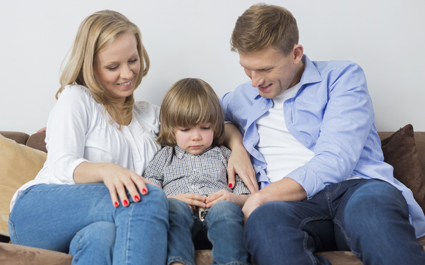 A COUPLE who dutifully listen to their six-year-old son have reached the conclusion that he is a complete idiot.

Tom and Emma Booker had believed stimulating conversations with son Jasper would aid his personal development, but now favour getting him to shut up by giving him sweets.

Emma Booker said: “I’d assumed Jasper would be full of charming childish questions about the world that I could try to answer, but he just talks shit.

“I thought his toy dinosaurs might lead to a discussion of meteorites and evolution. He prefers throwing them across the room while shouting ‘ATTACK LAUNCHERS!’, whatever that means.

Tom Booker said: “Jasper makes up incoherent stories about children’s TV characters and tells me about them until I want to cry. I think he’s the reincarnation of a pub bore.

Jasper Logan said: “Today I drew a spaceship which is powered by cats and has 50 rooms.”