The idiot's guide to naming your children

THIS year’s most popular baby names have been released with the usual strange choices like Kylo. Here’s how to curse your child with a daft name you think is great.

Like the parents who named their hapless children after Kylo Ren, dive into the world of sci-fi. Ewok, Cylon, Mistersulu – these are all excellent names for a British kiddie. And you can bet your bottom dollar there won’t be another child in the playground called Klaatu.

Unbelievably, many parents are calling their little ones Jaxon, so in the same vein try: Dayvid, Emil-E, Jhonn or similar. If you want to combine a misspelt name with a hopelessly out-of-date one, try Lynyrd or Vee-Ra.

Don’t even try too hard with these. Noddy, Hermione and Frodo are all good. Maybe avoid the really popular ones – you don’t want your child to arrive at school and discover there are three Thors in his class. But if you really like the ring of ‘Batman Smith’, go for it. They might not get daily beatings in the playground.

Associations you are too thick to be aware of. Aim for anything that will cause teachers’ jaws to drop: Adolf, Caligula, Bundy, Judas. Don’t restrict yourself to real historical figures – no one’s going to forget your daughter’s name 30 years later at business conferences if she’s called Dracula.

You know the sort of thing – Adele, Madonna, Elton, Kanye. The celeb they’re named after should be immediately obvious and show the same lack of thought and creativity as calling them My Child 1, My Child 2, and so on.

Your child’s name will be rare and special if you call them something like Mixtape, Flymo or Cheesegarden. Much like email addresses it will be unique if you add some numbers, although Muppetgirl7463593 will be a pain for teachers taking the register.

Six supremely middle-class problems to write a newspaper column about 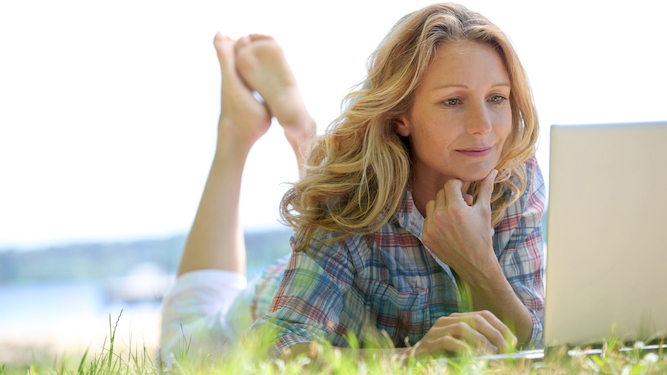 DO you write a column about your bourgeois life for a national newspaper? Need topics? Try these to get you started:

Anyone can lose weight, but pretending it’s empowering to be porky is the stuff of great columns. And since it’s something you’re not doing it’s as thrilling as an account of not visiting Thailand. Six months later get a personal trainer, lose the blubber and brag about how great you feel.

You have a national platform, so why not use it to grind your own personal axe about Felix or Persephone not getting into Oxford? Be highly melodramatic about it, with headlines like, ‘My daughter was rejected by Corpus Christie. Will her heart ever heal?’

Houses are always needing to be fixed or repaired or extended, and your deadline’s now and there’s a bloke in the house with spanners, so why not write 1,200 words about him?

Make them really sensible while you’re a daffy one-off, or use them to animate your tiresome cliches ie ‘sometimes I think Peter loves his shed more than me!’ Actually Peter rarely visits his shed because he’s busy managing the property empire bought with your faux-naive columns.

Anything that only affects you

Never hesitate to bang on about an issue that 99.91 per cent of the population will never encounter. Council refusing you planning permission for a moat? Moan about it like it’s a national concern up there with child poverty.

You’ve reached the bottom of the barrel, but keep scraping. Readers love 900 words about being too distracted to write 900 words, or intermittent home broadband.