The Mash guide to not talking about Thatcher

IT has been 24 hours since the Great Passing and many people are now extremely bored and ready to move on.

The Daily Mash presents a laminated* eight-point guide to diverting conversations away from Margaret Thatcher and her divisive legacy, blah, blah, fucking blah.

1) If someone says, ‘she saved Britain’, tell them that you are having an affair with their partner. And that it’s ‘very dirty’.

2) If someone says ‘she did good things and bad things’ say: “I once saw her topless.”

3) If someone uses the phrase ‘tramp the dirt down’, say: “Did you know George Galloway bought a luxury villa in Portugal and used to write for the Mail on Sunday?” You can then talk disparagingly about Galloway for a few moments, until everyone agrees that he’s a c*nt.

4) If, because of some bad planning, you find yourself at a fancy drinks party, talking to a Conservative, say: “Go and get me 14 of those mini pizzas. NOW!”

5) If someone says ‘my grandad was a miner’, put on a ridiculous ‘ecky-thump’ accent and dance about like a monkey until they chase you from the room.

6) If you meet someone who works in the City and they start getting all emotional about her, give them a leaflet about penis pumps and then kiss them on the forehead.

7) If someone says ‘poll tax’, say: “I thought the pole tax was a good idea. People have too many poles.” And then – no matter what they say – continue to argue with them using ‘pole’ instead of ‘poll’.

8) If someone mentions the Falklands, open your shirt, pull out some lipstick and draw a penguin on your torso. Then point at it and say ‘exactly’.

*As Margaret Thatcher once said: “Laminate it yourself.”

Thatcher's grave 'not a nightclub' 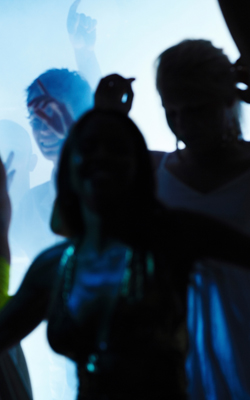 THE general public has been warned of the health and safety pitfalls of dancing on Thatcher’s grave.

An estimated 15,000,000 have promised to cavort on Baroness Thatcher’s grave, without stopping to consider the practicalities.

A Health & Safety Executive spokesman said: “It’s not the Ministry of Sound or something, it’s going to be some sort of oblong roughly the size of an old lady.

“We’re concerned about levels of overcrowding and also the slipperiness as people fulfill their secondary aim of urinating on the former PM’s remains.

“It’s a potential disaster zone. Thatcher’s grave could be the biggest threat to the NHS since Thatcher.”

54-year-old Julian Cook said: “I always used to go on about this in the pub so I feel a bit obliged, but Im starting to think I might look weird dancing on a grave. I mean, I’ve got grown-up kids.

Also the only dance I can do is this thing where I waggle my shoulders and make odd pointing gestures. And a bit of salsa.”

Mother-of-two Emma Bradford was also concerned: What will we actually dance to?

“You cant really dance to Billy Bragg, and much as I hated Thatcher I cant bring myself to download any Chumbawamba.

To be honest I might just stay in and watch telly.”