The net closes in on Prince Philip

PRINCE Philip has begun a damage limitation exercise after human remains were discovered at Sandringham.

The Prince is understood to be co-operating with Norfolk police while denying any knowledge of the incident and suggesting they might want to talk to some Chinese gangsters that he has never met.

A royal insider said: “Shortly before the start of the Princess Diana inquest I was staying at Sandringham and came down stairs in the middle of the night to raid the fridge.

“As I got to the bottom of the stairs I saw Prince Philip and a little Chinese man carrying what looked like a rolled-up carpet. Except there was an arm sticking out. I thought nothing of it.

“The next day I went for a walk in the grounds and waved to the Prince as he and his little Chinese friend threw some petrol on a white Fiat Uno and then set it on fire. I thought nothing of it.”

But another Palace source said: “This could be tricky. The pre-Christmas heart attack thing was just a ruse to create the impression that he’s too old and weak to cope with a murder investigation. The next 24 hours will be critical.

“Also, we’ve buried so many people over the years – Princess Margaret’s blackmailers, incompetent footmen, animal rights activists. Balmoral is like a giant cemetery.

“So there’s no guarantee that this body is connected in any way to the death of Diana. It’s probably just some jockey who failed to win the Derby.”

Mohammed Al-Fayed, who has long campaigned for the arrest and torture of Prince Philip, said: “He try bury me alive me once. I fight him off. I strong like Geoff Capes.”

London Olympics will be third or fourth best ever 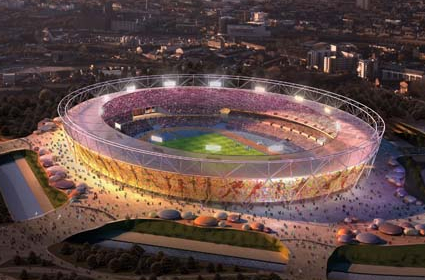