THE Highway Code has been updated to meet the needs of the dickheads who dominate Britain’s roads. Be aware of these new rules:

Previously you had to give way to pedestrians at junctions. Now you must neither stop nor slow down, putting them within inches of being sideswiped by your Audi, ideally while you scream baseless abuse. Good drivers should be doing this already.

When in no rush on a short journey, eg a trip to Londis for a bottle of wine, drive like a f**king maniac. Go at least 10 miles over the speed limit. Overtake and cut back in dangerously on short residential roads. Push your vehicle to its limits. The new Highway Code makes it illegal not to shave four seconds off any journey.

Don’t move to the middle of the lane when you need to turn right; doggedly stay there throughout. If a driver points out the detrimental effect this has on traffic, deliver a short lecture on the carbon footprint of driving and the obesity timebomb. Your self-righteousness is fully protected in law.

The new Highway Code also awards law enforcement powers to cyclists. In any dispute you may chase after a driver, turning a minor incident or honest error into a long, dangerous, Duel-like chase until you catch them texting at a red light with your helmet camera.

‘Look left, look right, look left again’ has been replaced with ‘Be glued to your mobile phone and just step out’. When you are run down, give the concerned driver a mouthful of abuse for f**king up your Wordle.

All teenagers must lark about on the pavement in a group, with the odd one unexpectedly running out into the road in sheer excitement because Kaycee blasted Connor on TikTok. Remain oblivious to the shaken driver who slammed on the brakes and continue shrieking mindlessly about your teenage shit.

'I had no idea I was leading a conga': Boris Johnson's birthday apology in full 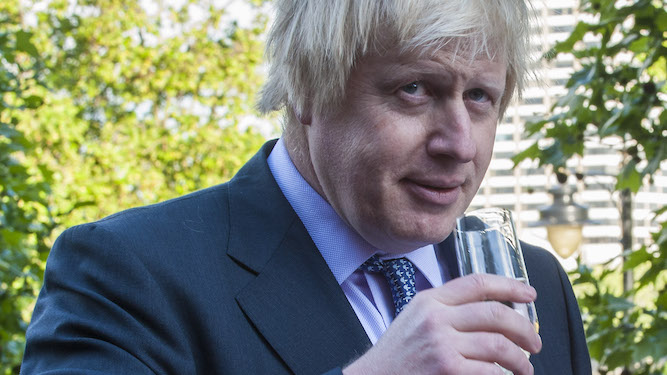 I stepped through the door into a darkened room, I assumed to save energy and thereby the planet according to my world-leading green agenda.

The lights went on and a number of co-workers shouted ‘Surprise!’ I agreed that it was a complete and total surprise I had known nothing about in advance.

Those assembled then began singing ‘Happy Birthday’, which I surmised was because they were washing their hands in accordance with Covid safety rules. I felt a glow of pride.

I was then presented with a large burning cake which I immediately extinguished, saving the lives of everyone assembled.

The cake did not strike me as unusual because I have a medical condition requiring me to be presented with large cakes throughout the day. Also flutes of champagne such as I accepted subsequently.

I remained unaware it was my birthday. I then opened a number of cards and gifts and donned an oversized ’56 today’ badge, the meaning of which was opaque to me. Then I received 56 bumps from Raab and Williamson.

Shortly afterwards I was walking around the room, while rhythmic music played, and looked around to find 30 people following me in a kind of dancing line, including my wife and Lulu Lytle. I continued to lead it out of simple courtesy.

At this point I left the work event which I at no time suspected of being anything else, taking the cake, presents and champagne with me to encourage the cessation of all related activities.

I then forgot the entire incident completely for 18 months and continued to work tirelessly on developing the vaccine. Thank you.