The photos you'll always see in your local paper 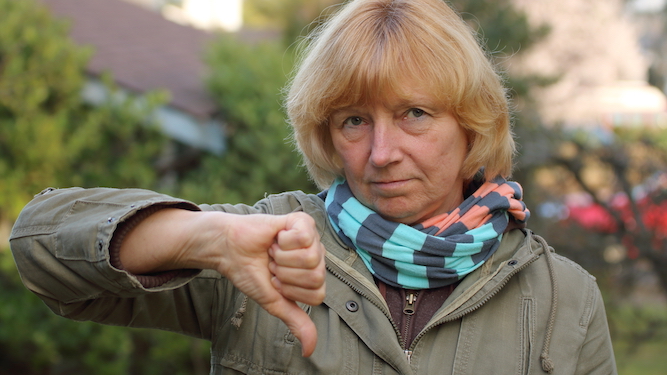 FLICKING through your local newspaper in the hope of seeing someone you were at school with sent down for GBH? You’ll see these stories:

Two grinning pensioners who’ve been married for 50 years. Well done, especially as swinging and divorce were available. But do you care that they honeymooned in Skegness and believe the secret to marriage is ‘give-and-take’? No. Nobody does, not even the relative who sent them an insincere card.

A retired person standing on a canal towpath looking downward with an expression of pure, visceral disgust can only mean one thing: dogshit. And if there’s one issue local papers lose their minds over, it’s canine excrement on footpaths. To them not bagging dogshit is tantamount to assassinating the Pope.

Someone you’ve never met has lived to 100. They’re holding a telegram from the Queen though they clearly don’t know what it is or why. Over their shoulder smiles their daughter who’s spent 22 years of weekly visits watching their inheritance being swallowed by exorbitant care home fees.

You haven’t a f**king clue who’s on the council and so long as your rubbish gets collected, you couldn’t care less. Nonetheless councillors will be pictured on waste ground claiming it’s perfect or terrible for a regional trucking hub. Only of interest when the debate turns ugly and two councillors end up in a fistfight which goes viral.

Not content with boring you shitless with the non-events of the past week, now they’re running black-and-white photos from 1962 saying ‘Remember Hookstone’s Bakery?’ Only of interest to the very elderly who scan through to spot long-dead friends.

A hole in the road. A field someone wants to build on. A speed limit sign drivers ignore. It doesn’t matter what it is, if some twat will point at it while pulling a disappointed-in-humanity face, it’s news. It’s the same dickhead they had pointing at an unrelated grievance the week before but opinionated knobs are the lifeblood of local newspapers, so he’ll be in again next week.

Six incredibly dodgy songs that could never be hits today 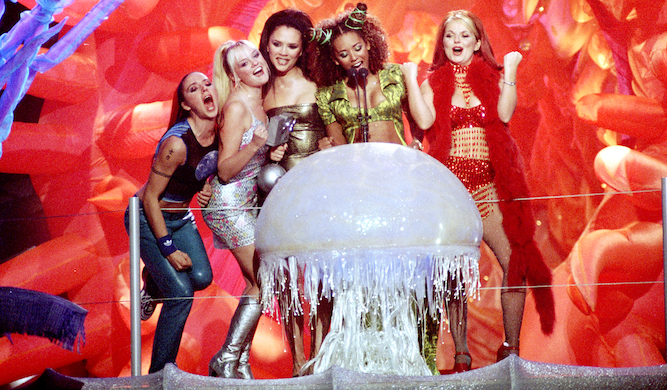 SUMMER means hearing Mungo Jerry’s hit In the Summertime, recommending a lovely drunken 125mph drive. Which other hits of the past would have issues today?

Obscure blues track where the schoolgirl is being greeted in exactly the lustful way you’d hoped she wouldn’t be. The creepiest version by The Grateful Dead offers to ‘put a tiger in your sweet little tank’, combining the twin 70s motifs of Esso and paedos.

Got relationship problems? Shoot your partner. Don’t bother with counselling or reflecting on whether your own behaviour caused your wife to have an affair. In the Hendrix version, Joe gets his comeuppance in a way, as he has to move to Mexico and moving house is one of the most stressful things you can do.

Spice Up Your Life, The Spice Girls

It doesn’t seem that long ago, but the lyric ‘yellow man in Timbuktu’ wouldn’t get played on the radio today. Except it does, fairly frequently as one of a massive band’s less awful songs, and nobody mentions it because come on, it’s hardly Guns ’N’ Roses.

More about Ozzy’s addiction problems – including some bollocks about the Reaper, because it’s metal – than actually killing yourself. Nonetheless, presenting suicide as a solution seems unwise with a teenage fanbase. It’s like writing a song called Self-harm Will Get Their Attention.

Run For Your Life, The Beatles

‘I’d rather see you dead, little girl, than to be with another man,’ said these loveable moptops. Probably more the result of John Lennon’s knack for a punchy lyric than anything else. However, murder threats aside, it does patronise women horribly.

Nice Legs Shame About the Face, The Monks

This 1979 hit has a twist – the woman says exactly the same thing back to the sexist guy. Clever. But in the dark days of the 1970s, blokes in pubs definitely were more into repeating the insult loads than savouring the unexpected ending.