The phrases new neighbours say that strike terror into your heart

THE new neighbours have just moved in, and within minutes they’ve dropped one of these red flags into conversation. Time to move:

Wonderful. A chat and a mug of tea and you’ve been drafted into an ethnically pure subgroup. Or they’re ‘not homophobic but’ or they’ve ‘nothing against them but’. Why can’t people like this all live on an island of prejudice and intolerance so we don’t have to share space with them? Actually maybe they do.

‘Our son’s a talented drummer’

So talented, in fact, that they left their last house because of a noise abatement order. And as you live in a semi with paper-thin walls you’ll soon find out whether their son is the next Dave Grohl or uses drumming as a form of ADHD therapy.

‘You’re invited to all our parties’

The old quid-pro-quo of ‘We’re going to have all our mates round getting hammered until dawn, and because you were here sipping a warm lager at 8pm you legally can’t complain’. The road will be so clogged with their cars so you’ll have to park two streets over.

‘Nigel should have been knighted’

Ah. The Gammons live next door. Expect lively lectures over the garden fence about Brexit, those w***ers in Brussels, and how foreigners are stealing our fish. You face a hard choice – keep quiet and be embraced as a fellow Gammon, or engage in debate and be branded as ‘that Remoaner knob next door’.

‘I tinker with cars a little’

Within the week there’ll be an old Jaguar jacked up on their drive. Within a fortnight bits of its engine will be strewn around the lawn, along with two or three motorbikes. Within three weeks, the area will resemble the set of Scrapheap Challenge.

A gauntlet thrown down, inviting you not to fail like their previous neighbours. But you will. When they burn tyres at 11pm on a Saturday and you mention it the next day, you become those bastards of legend. 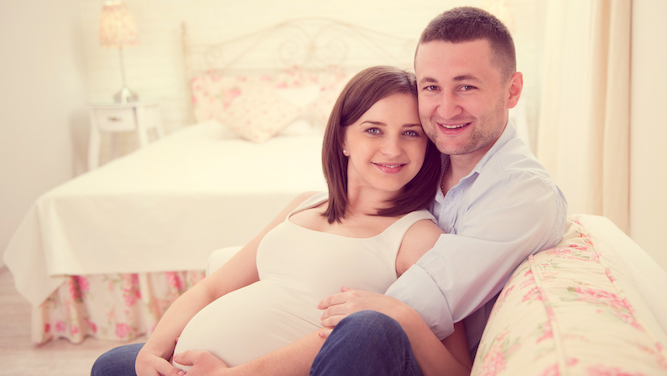 A COUPLE expecting their first child have discovered every potential baby name has been ruined by some freaky bastard one of them has met.

Emma Bradford and partner Tom were looking forward to bringing new life into the world but cannot find a name for their child that would not bring back memories of a kid in the year above who used to light his farts.

Emma said: “I liked Oliver, but Tom used to have an upstairs neighbour called Oliver who it was rumoured trapped and ate the neighbourhood cats, so that’s out. He shuddered when I said it.

“If it’s a girl he likes Naomi, Alicia, Holly or Zara, all of whom are massive bitches who I’ve despised. My daughter can’t be sullied by memories of them. I’d still fight Zara if I saw her again, and I’m seven months pregnant.

“He went on a lads’ holiday with a Zack who used to put his dick in your drink. I had an ex called Theo who dumped me during a Venice citybreak. And, like everyone, we’ve never met a pleasant Ashley of either sex.

“Basically every name in the world has been the name of a dickhead at some point and it seems we’ve met most of them.

“I guess we’ll have to settle on something traditional without any negative connotations for either of us, like Adolf or Beelzebub.”