TOMMY Robinson, EDL founder, ‘political activist’ and general nuisance about Muslims, has just been released on bail. Read these exclusive excerpts from his prison diary.

First day in prison thanks to the rotten stinking British courts! Well, not the first but that’s because I’m a regular political prisoner. (Let’s forget about that sentence for mortgage fraud.)

Bearing up pretty well. No one’s tried to bum me yet so that’s a definite plus. Also I think I’ve got a couple of orders for my tanning bed shop in Luton from the lads on D Wing. Every cloud and all that.

Had a dream last night in which everyone in the world was living together in peace and harmony regardless of their religion, colour or creed.

Can’t tell you how relieved I was to wake up from this awful nightmare! Seeing the prison doctor later to get some pills to stop it.

The pills the doctor gave me made my balls turn green! In the showers everyone noticed and stayed away from me (good) but now no one wants to play pool with me (bad).

It’s disgusting that people can be so prejudiced based on nothing more than the colour of your bollocks.

An inmate asked why I call myself Tommy Robinson when my real name’s Stephen Yaxley-Lennon. Fortunately I was able to give the true explanation, which is that I need multiple identities to evade Islamic assassins.

I wouldn’t want anyone thinking I just didn’t want to look like a ponce in front of all my football hooligan mates.

Someone came up to me and said “Mate, I really respect what you’re doing.” I thought, “At last, recognition for my tireless work protecting Great Britain from Muslamic oppression!”

Then he said “Yeah, I love Yellow Submarine”. There’s some right thick bastards in here. It’s no wonder they’re in prison.

This Lennon thing is getting totally out of hand. I’ve just had a six-foot Yardie in my cell asking me to explain the lyrics to A Day in the Life.

Teenager desperate for people to know he smokes weed 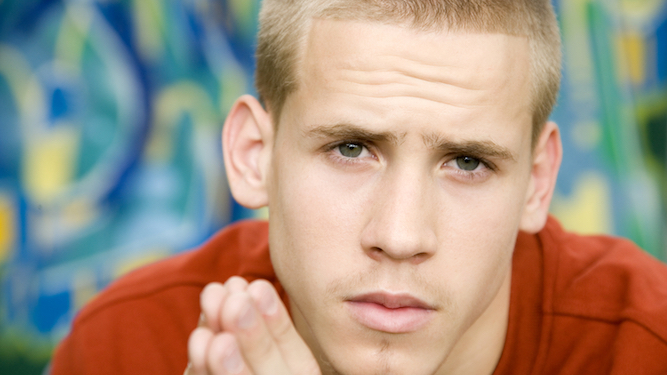 A TEENAGE boy really wants everybody to know he enjoys a toke, it has emerged.

17-year-old Wayne Hayes works unsubtle hints about his love of cannabis into every conversation, but is afraid to say it outright for fear of being ‘nicked’.

Hayes said: “My mates call me Wayne Blaze. Not because I’m an arsonist. It’s because I like to get… you know.

“What’s the time? 4.20 already? You know what that means. Time for some sweet ‘Mary Jane’.

“You do know what I’m talking about, right? Good. Just wanted to check.”

Wayne’s mother Susan Hayes did not seem too concerned about her son’s drug habit.

She said: “He can’t smoke it that much because I’ve never smelled pot around the house. I think he just likes talking about it.

“It’s sweet he wants people to think he’s edgy but him and all his friends are such nice lads, no matter how much Pop Smoke they blast from his room.”