The wanker's guide to arguments

DO you find yourself losing arguments due to being wrong or thick? Just follow our guide and pretend you’ve emerged victorious.

Intimidate your opponent by becoming ridiculously angry during arguments that do not merit it, eg. “You’re talking shit, mate! Total fucking shit! There were four series of Blackadder, not three!”

Work on the basis that your ill-informed opinions are facts. For example, “All doctors steal drugs from work. Everyone knows that.”

Dismiss someone’s entire argument by saying “That’s fine, but some of us live in the real world”, as if your job as a plumber, sales manager or PE teacher gives you an insight into the gritty underbelly of life like The Wire.

Completely mangle what your opponent has said. If they say some of Labour’s policies make sense, simply reply, “I suppose you want to live under communism then, where everyone earns the same and there’s no point inventing things.”

Refer to ‘my kids’. For example, “We should ban cars because I don’t want my kids struggling to breathe with asthma.” This implies your opponent wants to harm your children, and no one wants to look like a creepy evil bastard.

If you lose an argument in the pub, keep starting new ones until you ‘get even’. Relentlessly hammer away until your opponent is wrong about something, even if it takes hours and ruins everyone’s evening.

If all else fails, twat them.

Nobody wants sweets from bowl in gran's living room 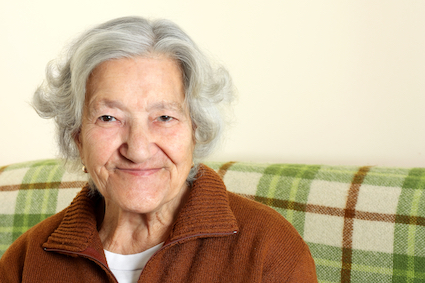 A FAMILY is trying to work out why none of them want to touch the hard-boiled sweets in a bowl at their gran’s house.

Siblings Nikki and Tom Booker tried to resolve the issue while visiting 83-year-old grandmother Helen, who keeps a bowl of brown, wrapper-less sweets on her coffee table for visitors.

Tom said: “I know I should want one because they’re sweets. It’s just somehow as if they’ve been sucked and spat out. I know that’s unlikely, but I’ve always avoided them on the off-chance.”

Nikki said: “For me it’s the sheer length of time the bowl has been there. It’s been a fixture since we were kids and I’m 34. I don’t think I’ve ever seen anyone take a sweet and I can’t help but think she’s never replaced them.”

Tom was also concerned that the sweets had a layer of unidentified fur, possibly cat hair or something the sweets had grown themselves. Nikki added that they looked “a bit like they’re secretly medicine”.

Gran Helen Booker said: “For heaven’s sake. If they don’t want to eat their sweets from the bowl I’ve got plenty more at the bottom of my handbag.”