THE law of averages means attacking Syria will be a resounding success unlike Afghanistan, Iraq and Libya, Western leaders believe.

Politicians are convinced their policy of bombing things in hideously complicated conflicts with no clear objective is bound to work one of these days.

Theresa May said: “There’s clearly nothing wrong with the overall plan of destabilising countries full of armed factions who hate each other, so we can put previous failures down to bad luck.

“This time in Syria we’ll bomb the baddies and the whole unpleasant situation will resolve itself. After all these completely random humanitarian disasters we’re due some good luck.

“People say Iraq and Libya went wrong because we didn’t understand the Sunni-Shia divide and weren’t even sure who we were supporting, but that all sounds a bit fanciful to me.

“I think it was probably just down to bad weather or the wrong type of bombs.”

French president Emmanuel Macron said: “If you keep rolling a dice, eventually it will come up as a six. Foreign policy is really just snakes and ladders, but with missiles.

“If we don’t solve the Syrian crisis we’ll just keep trying with other places. I expect the two sides in Northern Ireland would appreciate our help.” 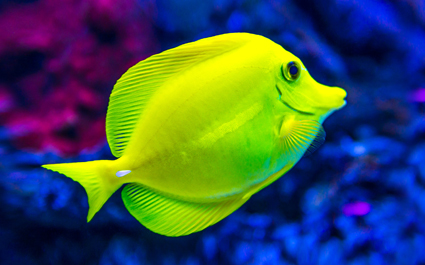 FISH have spoken out against the widely-held supposition that they are weird.

Sea bass Tom Booker said: “It was bad enough when it was just stoners blowing their weed-addled minds about how strange we were. But now it’s gone mainstream.

“‘Oh, angler fish are bizarre because they’ve got lights on their heads!’ Yeah? You try living at 1,500m below the surface, under incredible pressure, in complete darkness. See how you evolve.

“The ocean and freshwater-based community is largely unremarkable, as well you know. Bit slippery, bit silvery, good at swimming, perfectly adapted to their environment

“But instead of accepting that, you cherry-pick out the most freakish among us – seriously, we’ve hardly heard of these guys – and put them in the spotlight to confirm your prejudices.

“We’re not your ‘weird’ accessory. Fuck off and goggle at insects.”