THE possibility of nuclear conflict in the Middle East has evoked warm fuzzy memories among those who were kids during the Cold War.

As Israel threatened to destroy Iran with atomic sky-fire – probably triggering a war that would reduce Earth to a lifeless, blackened space-rock – millions of Britons wistfully recalled the golden years of global nuclear paranoia.

Father-of-two Tom Logan said: “I hadn’t even considered nuclear war as a possibility since about 1981, when it was Russia that was going to melt everyone.

“I remember that was the year my mum took me to see the original Clash of the Titans, which was the first film I ever watched with breasts in it. We had a Wimpy on the way home.

“Those were the days when people didn’t lock their houses as they went out.

“Hopefully the prospect of nuclear death will stay on the daily news agenda. It’s a nice, cosy old-school feeling to know that you could be obliterated at any moment.”

Stylist Nikki Hollis said: “The threat of nuclear war is funky and retro, like Ercol coffee tables and Big Trak.

“Even if the war actually happened it wouldn’t be too bad. There’d be loads of hot ragged guys around, looking like Viggo Mortensen in The Road.”

She added: “Personally I think the reason Iran has been so offish with weapons inspectors is that they’re embarrassed because their low-budget warheads look a bit Blue Peter.”

May 'thought illegal immigrants had tentacles' 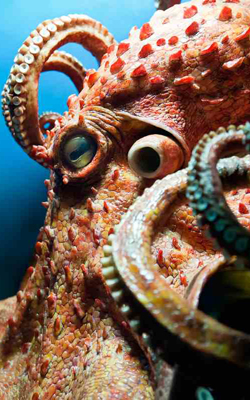 THERESA May relaxed passport checks as she assumed that foreign criminals looked like enormous moustachioed sea creatures, it has emerged.

The Home Secretary told the House of Commons she had no idea how many people with false passports might be wandering around Britain, but assured ministers they would be easy to find by following their two-foot-wide trail of glowing slime.

May said: “We all know foreigners look like a cross between a human and a seafood salad so there’s no way they could be mistaken for real people. Immigration officials have been armed with big nets to round up any stray ones.

“In any case I don’t feel a reasonable person could find any connection between me giving border control staff instructions on how to do their job and them following out those instructions.”

May’s opinion of foreigners dates back to childhood, when she watched an episode of Dr Who featuring the silurians and her father told her they were Polish builders crawling out of the sea looking for untaxed labouring work.

Her actions have been condemned by Labour MPs who pointed out that the immigration procedure during their government, which mainly consisted of waving people through while reading the paper, was a much more streamlined process.

Toryologist Roy Hobbs said: “Theresa May represents the evolutionary end-point for the Conservative species, so blinded by its natural distaste for the foreigner that it will be unable to reproduce its own grim view of the world.”

“David Cameron has publicly given the Home Secretary his full support, which means she will probably be out of a job by Friday.”