WORKMEN throughout the UK are covertly leaving tools in their vans overnight despite baldly stating the complete opposite.

More than half of the vans bearing notices that no tools are left in them overnight are actually deceiving thieves, employers and hard working families by doing that very thing.

“I used to make a bit of a pretence of it, tell the wife I’d already been to the garage with the circular saw, but I soon realised she didn’t care and neither did I.

“It gives me a huge thrill. I’m so blatant it’s like I want to be caught.”

Petty thief Wayne Hayes said: “What? They’re in there, even though it says clearly that they’re not? 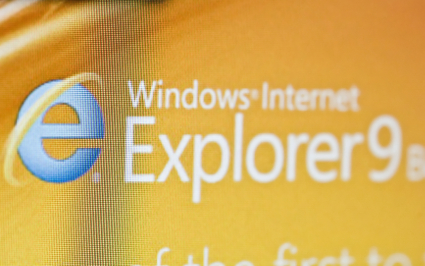 MICROSOFT is phasing out Internet Explorer because there is no internet left unexplored.

The browser, once used by millions discovering new photographs of large women in party hats every day, is now used by a handful of people with nothing new to map but the endless wasteland of Buzzfeed lists.

The company has also advised anyone on the internet to stop using browers made by other companies as it is a waste of time.

A Microsoft spokesman said: “Once the internet was a new frontier, filled with hilarious blogs by girls who think they’re vampires and hitherto unseen photographs of small Indonesian trains.

“But now it has been tamed, our explorers venturing into every corner and often returning traumatised for life by the experience.

“The names of these great explorers – Alexander Google, Sir Percival Mediafire, Lord Montgomery Fawcett Sextube – will live on in the memory of their achievements, but the browser they pioneered has gone.”

Internet Explorer will be replaced in the upcoming Windows 10 by an application that finds a way to blackmail you and preemptively takes the money from your account.