Top Deck, and other thrillingly adult products of the 1980s

ANYONE who grew up in the 80s remembers the heady thrill of expecting to get shitfaced on Top Deck shandy. Here are some other childhood favourites that were thrillingly adult.

The drinks industry’s attempt to wean seven-year-olds onto alcohol. After a hard day riding your BMX round the housing estate, you’d kick back with the Top Deck and laugh at the immature younger kids drinking Orangina. Sadly it would have taken about 600 cans to get any alcoholic effect, so drunken hi-jinx never ensued.

Somehow acceptable at the time, a similar attempt to get seven-year-olds onto the fags. You’d lean against the school wall during break and nonchalantly chew on a candy cigarette, exuding the coolness of Steve McQueen. Except he didn’t eat his fags, and they didn’t taste of sugar cut with industrial amounts of chalk.

In the 80s, shopkeepers would often sell individual cigarettes from a packet under the counter. Silk Cut’s appeal lay in the fact they were the weakest brand on the market. Many a youngster gravitated to them after trying to smoke John Player Special and spending an hour coughing their lungs up.

Forrest Gump claimed you never know what you get in a box of chocolates. He’d clearly never been given a box of Black Magic by his nan for Christmas, because you were guaranteed dark chocolate filled with adult stuff like coffee and truffles which you hated. In fairness your parents were taken in too, thinking the cheap, black-and-red cardboard box was impossibly ‘posh’ and classy.

Another Christmas gift from elderly relatives with no clue about what youngsters wanted. Back in the 80s, Turkey was still a faraway exotic place, not a familiar stag and hen destination. This strange variant on actual Turkish delight was a layer of bland milk chocolate followed by a mouthful of cheap perfume off the market. Ah, the mysterious East.

Five people stupid enough to vote for Johnson next time 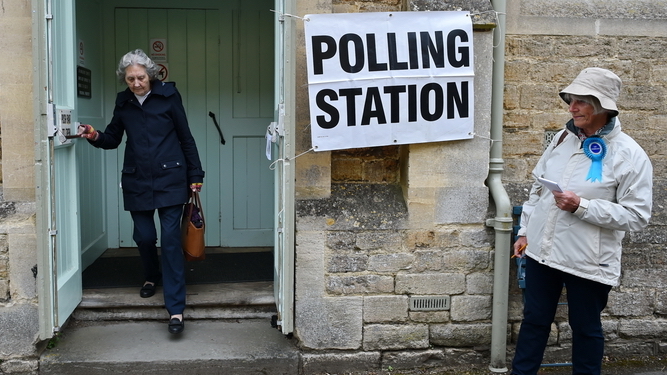 WONDERING which cretins keep supporting Johnson? These are the five types of moron who will vote for him come the next election.

It’s understandable that traditional Labour voters aren’t thrilled about Starmer, whose most notable characteristic is his side parting, but he’s an infinitely less harmful choice than Johnson. Unfortunately human stupidity knows no limits, like those working class voters who praised the Tories for kindly bringing in more food banks.

You become more right wing with age, so the cliche goes, so pensioners will vote for Johnson. He did vow to protect the triple lock on state pensions, although it was him who suspended it in the first place. Not that actual policies matter, they’ll just vote against anything foreign, liberal or modern, because their brains have been turned to angry mush by the Mail and Express.

The rich are so flush with cash that the cost of living crisis won’t impact them in the slightest. Having Johnson in power is simply a funny backdrop to their life of supreme luxury. Plus delightful people like Sir Philip Green and hedge fund managers might make a few quid in the process.

Even if you methodically lay out evidence that Johnson has f**ked everything up, your parents will still choose to ignore the facts because he has a funny haircut. ‘They’re all as bad as each other’ your hugely original dad will announce in reference to Labour, the Lib Dems and the Greens, but not the Conservatives, UKIP or Reform UK. Let’s hope idiocy isn’t hereditary.

You may not be as principled as you think, particularly if you’re totally f**ked off with the whole politics thing. All it would take is for Johnson to introduce a new bank holiday for you to consider voting for him. Guilt and logic will nag at your conscience as you vote, but you’ll silence those thoughts by remembering that you’ll have an extra day off to be hungover.