YOUR mother deserves a £14,095 five-door Yaris Icon, Toyota has suggested.

The car is being promoted as the perfect present in a national TV and poster campaign which your mother is certain to have seen.

Helen Archer of Stevenage said: “I remember when it was just a card.

“Then it became a card and chocolates, then flowers, and then it was decided I didn’t love my mother unless I bought her a compilation CD of cloying ballads. And now I’m going to have to buy her this fucking car.

“I can’t argue – the way I behaved as a teenager it should really be the 1.5 Hybrid Excel model with panoramic sunroof – but then I’d have to sell my house.”

Other advertisers have suggested Mother’s Day gifts including a Hermes handbag, a boat or a second home in London’s fashionable Marylebone district.

Mother Susan Traherne said: “I don’t want any fuss. All I want is for you to stop disappointing me all the time.”

Frozen 2 only way to stop Frozen 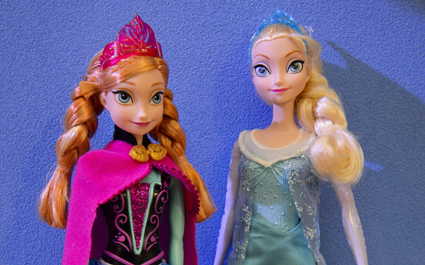 The sequel is set for release in 18 months giving everyone just enough time to watch Frozen another 8,765 times.

A Disney spokesman said: “Frozen 2: Anna and Elsa Keep On Letting It Go will not be better than Frozen. It will probably be worse.

“But you won’t know every inflection in every line of dialogue, so it will feel like you have escaped from Alcatraz. You’re welcome.”

Disney also confirmed that on the film’s release, all Frozen merchandise will be declared invalid. Carts will be sent around the streets to collect and burn it.

Mother of three, Eleanor Shaw, said: “If there’s anything we can do to move this along that would be spiffing.

“In 18 months I’ll be singing Let It Go while running through the John Lewis furniture department completely naked before building a ‘castle’ out of dining chairs.”