THE heart-warming sight of an old-fashioned burglar smashing a toilet window could soon be swept away by a rising tide of joyless online fraud, according to some of Britain's leading thieves.

As electronic goods become increasingly affordable and pawnbrokers more stringent in their ID checks, many burglars have been forced to try impersonal, 'office-based' scams such as bank security emails and fake Nigerian slush funds simply to keep a stolen roof over their heads.

Under the City of London guild system, apprentice burglars spent five years with a ring leader, who taught them key skills such as agility, shotgun adaptation and coshing.

Master thief Roy Hobbs said: "People used to look forward to having their door kicked in by a stripy-jumpered rascal who would cheerily turn their house upside down in a diligent search for irreplaceable family treasures.

"And if you caught him on the job he might lock you in a wardrobe or give you a playful bonk on the head. But he'd always do it in a cheeky way, like Mr Punch or one of the Great Train Robbers."

He added: "For the householder it provided an exciting break from their everyday routine and because most of them would eventually get over the head trauma, it was, essentially, a victimless crime."

Martin Bishop, from Doncaster, said: "Last New Year's Eve we were visited by a burglar who stole my all kids' Christmas presents, my passport and even managed to have a sneaky wank into my wife's knicker drawer.

"We told the kids that Santa had turned into a prick. They absolutely loved it." 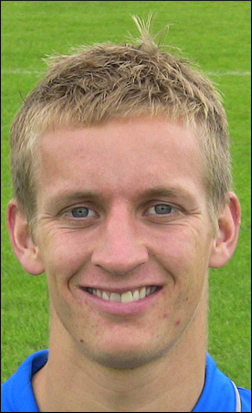 Amy Fearn, who took charge of the last 20 minutes of Coventry versus Notts Forest, showed Baker the yellow card after trying to have a perfectly civil conversation about what has been going on with her recently.

She said: "Carl came on as a sub in the 81st minute and at first he was really nice and said 'hi'.

"I then tried to tell him what had happened in the match so far, but instead paying attention to me for a change he showed no interest and was just totally focused on his stuff. Honest to god, it was like I was completely invisible.

"So anyway, I booked him and then explained that I have a life too, actually, and that we would probably get on a lot better if he respected that and remembered that I have genuine emotional needs and I'm not just here to referee his silly football match."

Fearn was also forced to justify adding eight minutes of extra time after losing her whistle in her handbag and stopping the game to ask a female supporter where she bought her jacket.

Female officials have been criticised by managers in the past, with Luton's Mike Newell claiming in 2006 that woman were unable to keep up with the pace of the game because their vaginas were not aerodynamic.

But Coventry boss Chris Coleman said: "I think Amy did very well in her first match in charge, although listening to her recount every incident in minute detail in the bar afterwards did make me want to kill myself."