THE new maze in London’s Trafalgar Square will include some areas that have not been occupied by a foul-mouthed, Glaswegian vagrant, officials have pledged.

The ‘green’ tourist attraction is designed to bring an element of fun to the centre of the capital, as well as creating a new public space for drunken tramps to evacuate their bowels.

Different parts of the maze are named after areas of the West End, each with an interactive display that will be covered in fresh urine and, the organisers say, perhaps even a little bit of sick.

The West End Partnership insisted the maze was a quirky way to discover the rich diversity of the area, while pleading with tourists to carry either a large kitchen knife or an air pistol.

A spokesman said: “At some point you may be lucky enough to come across ‘Big Davie’. He’ll be doing what he thinks is breakdancing. Do not give him any money.

“And, until we can track him down, there is also a good chance you’ll come face to face with ‘Robbie Razors’.

“His nickname is nothing to do with a fondness for shaving – he actually has quite a heavy beard – it’s because he will cut you.

“Meanwhile, if you somehow make it to the centre of the maze then you’ll probably encounter an old man called George.

“He used to be a journalist on the Daily Express but now spends most of his time having noisy, one-sided arguments with his dog about how Britain is controlled by a giant homosexual. Or peeing in his own face. Enjoy!”

He added: “If you do get lost then just ask for ‘Wee Malky’ and he’ll lead you to safety – though he will want paying in super lager and shiny buttons.

“But whatever you do, don’t get lost.” 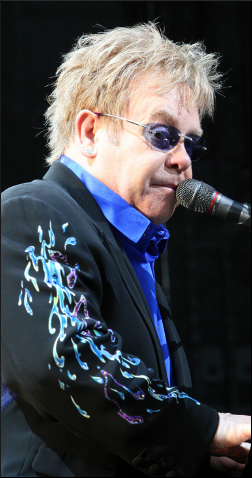 AN estimated 60,000 fans are to gather at Wembley Stadium for a series of charity lectures on the intractable nature of the war in Afghanistan.

The gig is being organised as part of the Financial Times
‘Explanations for Morons’ campaign to raise vital funds that will be
used to encourage people to think about something other than their own
stupid little lives for five minutes.

Dr Cook will then set out his argument that containing Al Qaeda does not require a resource-heavy ground war in Helmand Province, before Sir Elton delivers the keynote lecture, Is Osama Bin Laden in Pakistan?

Dr Hobbs and the LSE Big Band will then perform Benny and the Jets.

Cook fan, Helen Archer, said: “I haven’t seen Julian on stage for years. I loved his lecture on the Shiite Hegemomy of Post-Baathist Iraq at Knebworth, though admittedly I was off my tits on Chinese spangles for about 90 percent of it.

“But I think it’s really great that these guys are giving up their time and coming together to pay tribute to the pointlessness of the war.

“It’s very easy to forget that British troops are out there doing something incredibly brave and futile every day while we all sit at home thinking it’s still got something to do with terrorism.”

The organisers have also promised a few surprise guests with hints they could include Little Britain‘s Matt Lucas and David Walliams, Frankie Sandford from the Saturdays and Sergei Vasiliev, a private in the Soviet army from 1982 to 1988, who will come on stage, hold his plastic leg in the air and call President Obama a big, stupid bastard.