You Shouldn't Be Forced To Buy A Second-Hand Rover 200, Claims Crazy Think Tank

CONSUMERS should be able to choose whether or not they want to buy a useless, second-hand car and leave it rusting in their driveway, a crazy right-wing think tank has claimed.

The Adam Smith Institute said that Rover 200 buying should be done on a voluntary basis and that perhaps you should not have to go to jail if you don’t want one.

A spokesman said: “It just sits there doing nothing except attracting talentless, foul-mouthed vagrants who want to use it as their home.

“And once they’re in it’s very difficult to get them out. Eventually you’re forced to break into your neighbour’s Audi and fill it with Special Brew.”

But Bill McKay, one of that lot from Stevenage, said: “This is just typical, out-dated Thatcherite ideology trying to tell me that I shouldn’t have to buy something. I am filled with hate.”

And Julian Cook, from Finsbury Park, added: “This research has obviously been funded by one of those large, right-wing American car companies owned by an Australian.

“These amoral bastards won’t be happy until everyone in this country can decide for themselves.”

Wayne Hayes, head of the Rover 200 studies module at Doncaster University, said: “While they are obviously psychotic fascists, they do raise an interesting point about why you have to have a rusty old piece of shit in your drive whether you want it there or not.

“Some people genuinely like having to buy a useless, second-hand car every year and then just leave outside their house. It makes them feel more British.

“But ultimately, I just don’t think we can have a meaningful debate in this country about reforming the system of Rover 200 purchasing while Sir David Attenborough is still alive.” 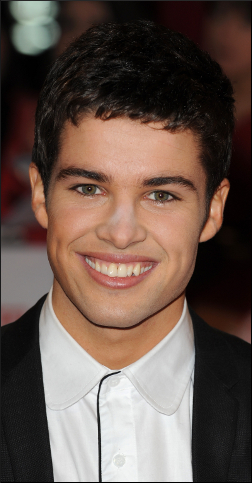 X FACTOR winner Joe McElderry’s eagerly-anticipated first admission of gayness is to be released this week.

Joe’s coming out will be available in press release and internet posting formats, entitled I Finally Realise Why I’ve Always Liked The Stage And Quality Furnishings, and reveals the singer’s first glimmerings of self-realisation while watching Hunter on Gladiators during his boyhood teatimes and becoming too distracted to finish his fish fingers.

It is understood that Simon Cowell plans for the singer to subsequently go back into the closet and come back out again on a bi-monthly basis.

An industry insider said: “Mostly these young guys have one big outing, after which interest wanes and they start the downward spiral toward being trapped in a gunge tank with Dean Gaffney on Saturday morning telly.

“This new ‘multi-outings’ business model could extend Joe’s career to as much as two months.”

Since winning the ITV talent show, Joe has been working 16-hour days on his first ‘outing’ with gayness producer Stephen Malley, who also worked on Will Young’s recording-breaking sexual classification.

Malley said: “It has to be gay enough to generate headlines, but not so gay that it alienates the core fanbase of grannies, pre-pubescent girls and people who breathe through their mouths.

“We believe this is a coming out which is accessible and unambiguous but without generating explicit mental images of two men going at each other like horses. I probably shouldn’t have said that.”

McElderry fan 13-year-old Emma Bradford said: “It’s brilliant and I am definitely going to buy the accompanying CD and book. Joe’s coming out makes him seem real and human to me in the same way that vampires do.”