A TRAIN strike has left commuters with about the same chance of getting to work as usual.

Services on Southern lines are cancelled due to industrial action, instead of not arriving because of signal failures, a horse on the track or non-specific general shitness.

Brighton-based Nikki Hollis said: “I thought I might as well come to the station anyway, as the arrival of trains seems to be determined more by the cosmic forces of fate than any sort of timetable.

“At least if one doesn’t come I know there’s an actual reason. It’s the not knowing that kills you.”

A Southern rail spokesman said: “Officially we are in the grip of the longest train strike in 50 years. However if you really need to travel you may as well give it a go.

“There may be some trains floating around ‘in the system’ that we don’t know about. We don’t really keep tabs on that sort of thing.”

Man tired because he stayed up watching ‘the swimming’ 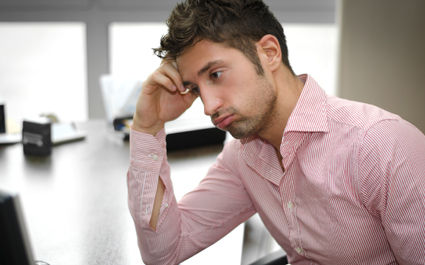 AN OFFICE worker is exhausted today because of watching something he describes as ‘the swimming’.

Tom Booker is yawning at his desk today because ‘the swimming’ did not end until 4am.

He said: “The swimming was brilliant last night. Did you see it? We won.

“We won the swimming.”

Colleague Emma Bradford said: “I wondered what ‘the swimming’ is, and apparently it’s exactly that.

“Some people in a pool swimming back and forth, forth and back.

“Good for him but I wouldn’t choose it over going to bed.”