Tree surgeons taking all the women 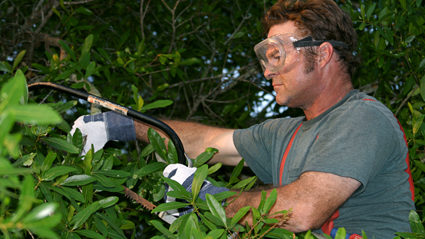 MANLY but sensitive tree surgeons are making too many women fall in love with them, it has been claimed.

Researchers found that 82 per cent of the UK’s female population currently has feelings for trees surgeons, who are strong and brave but also know about nature.

Professor Henry Brubaker of the Institute for Studies said: “‘Tree surgeon’ isn’t so much a real job as a contrived female fantasy.

“But those men are getting so much romance that practically everyone else is being excluded.”

Office manager Helen Archer said: “They have chainsaws, and they are also clever enough to know the latin names of things. I’m in.”

“I saved its life but in the process a small mouse emerged from the trunk which I scooped up in my large callused hand and carried to safety.

“Then I did some dangerous climbing stuff but was not scared.”

Plumber Roy Hobbs said: “I can fix a broken toilet but I’ve not been on a date since 2012. Fucking tree surgeons, fuck off.”

Man has no career aspirations 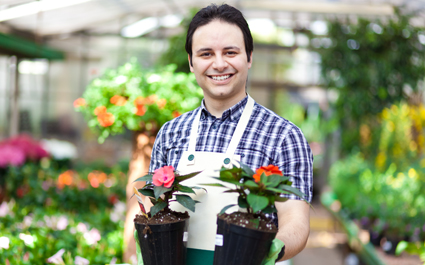 RETAIL worker Stephen Malley has no desire to do a job other than the one he is already doing.

34-year-old Malley works in a garden centre, helping people with advice on products and ensuring that the displays are kept looking tidy and presentable.

He said: “I like talking to customers, most of whom are alright. The people I work with are pleasant and it’s rarely too stressful.

“To be honest I like going home and not having to think about it too much. I do some gardening or watch the football.”

Malley’s cousin Tom Booker said: “It’s like he’s just got this job that isn’t high-powered or particularly well paid but he stubbornly refuses to feel any self-loathing. I’m not going to say that’s outright wrong but at the same time I don’t really like it.

“I’m pulling in 82k working in finance and that doesn’t even seem to annoy him.

“He should at least be doing a course in the evenings, even if it’s just in massage or Spanish.”

Booker’s sister-in-law Emma Bradford said: “I’ve shown him copies of GQ magazine with pictures of all the trousers and suchlike that he could have if he were a bit more ambitious.

“He nods and smiles almost as if he is humouring me. Doesn’t he realise I’m the one who’s trying to patronise him?

“Clearly he is mentally ill.”