LIVERPOOL star Raheem Sterling has presented the club with documentation of his bank balance to excuse his absence from training.

The England international believes the note, signed by two independent financial advisers, proves that he is suffering from a chronic condition adversely affecting his quality of life.

Liverpool manager Brendan Rodgers said: “The anguish Raheem is in could not be more serious.

“According to this, his income and outgoings have been hooked up to beeping machines and the latter could outpace the former within weeks unless action is taken.

“The specialists recommend an infusion of £2.5 million for image rights, moving 35.2 miles inland and a prescription of regular Champions League football, which he’s suffering a dangerous deficiency of at the moment.”

Doctor Stephen Malley said: “For a man of Raheem’s age, weight and proven goalscoring ability to get by on as little as £35,000 per week is not recommended.

“To be safe I’d like to see his money dosage tripled before he returns to training.” 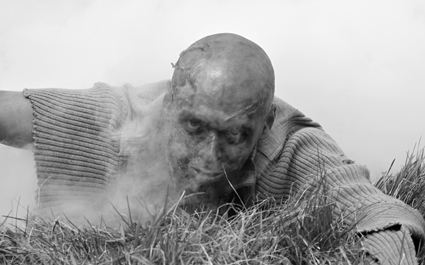 LONG-DEAD English teachers are appearing to their terrified former pupils to make them read the To Kill A Mockingbird sequel.

The ghostly manifestations finish with a request for an essay on the book’s symbolism for next Thursday that counts toward a final grade.

Joanna Kramer of Walsall said: “I was reading the new Stephen King, because after I left school I found that some books are fun and enjoyable, when the cover slammed shut on my fingers.

“The translucent, skeletal thin figure of Mr Wells from A-level loomed into my vision, telling me to buy the new Harper Lee and to stop chewing because only cows chew.

“I tried to bluff my way through a book report, but I said the main character was Holden Caulfield. Now I spend each sleepless night in hellish torment, analysing the portrayal of Maycomb’s black community in my own blood.”

Retail manager Stephen Malley said: “My old teacher Mrs Armstrong, who must have been dead for 30 years, appeared to me in broad daylight, her pallid face that of a recently disinterred corpse.

“She tried to make small talk but quickly moved on to the reason she’d risen from the grave, to force me to read Go Set A Watchman.”

“Still, if it gets him reading.”