Twats who moved out of London want a medal or something

A COUPLE who moved from London to Bristol are talking as if they’ve done something extremely brave.

Illustrator Mary Fisher and vague internet job worker Tom Booker moved to Bristol because they wanted to buy a relatively cheap house, but keep banging on about their ‘old lives’ in London.

Fisher said: “We were out every night in London at cutting-edge art galleries, restaurants you wouldn’t have heard of and plays where they make you dress up as a soldier. It was pretty amazing, as you can imagine.”

Seemingly forgetting that Bristol is still a big city with loads of crackheads, she added: “In the end though we were prepared to sacrifice that for a quieter life, where we have an allotment and wear dungarees like it’s the war.”

Booker said: “Of course we’re very lucky that everyone can work remotely these days. Well, everyone like us. Not people with normal office jobs but there’s probably only 50 million or so of them.”

Fisher added: “Now that we’re here were want to make a positive impact, possibly by setting up the puppetry academy that this working class area so desperately craves.

“We’re not saying we deserve a medal but some kind of trophy might be good, if it was designed by Grayson Perry and was tasteful.”

You're the ones who are wrong, people who have already done Christmas shopping told 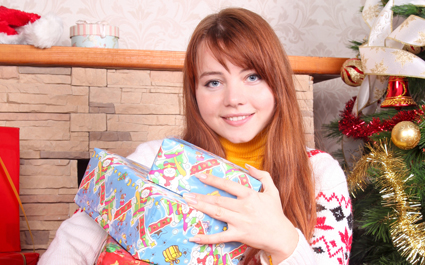 PEOPLE who have already finished their Christmas shopping have been told that they are the ones who are somehow deficient.

Sanctimonious deviant Donna Sheridan began buying things for Christmas in the January sales, completing her final purchase yesterday while you were still trying to remember how many cousins you have.

Sheridan said: “I like to have them all wrapped in good time, so I can spend December drinking mulled wine, going to carol concerts, and volunteering at a local charities.

“I could never do all my shopping at a 24-hour petrol station at 11pm on Christmas eve like you do, and I truly admire that level of spontaneity.”

However Sheridan’s neighbour Mary Fisher said: “At first I felt like she was somehow admirable, then I realised that she’s just weird in an annoying way.

“In her obsessively competitive mind she has to somehow ‘beat’ everyone by buying a load of crud then wrapping it in shiny paper.

Professor Henry Brubaker of the Institute for Studies agreed: “The ‘early present people’ are wrong. It’s like arriving at a bus stop three hours before your bus is due.

“You don’t do that unless there is something the matter with you.”