Twitter not allowed to be completely full of shit

SOME of the things that appear on Twitter have to be vaguely accurate, the High Court has ruled.

As Speaker’s Wife Sally Bercow lost a libel case brought by Lord McAlpine, experts said users of the micro-blogging service may no longer be able to accuse whoever they feel like of being a filthy child molester.

Julian Cook, professor of gossip at Roehampton University, said: “This ruling will have a chilling effect on internet free speech. Especially if you’re using free speech to do stupid, dickish things.

“Most mornings I wake up filled with the desire to go online and accuse a senior Tory of fiddling with my nutsack when I was 12.

“But just before I get to typing, I ask myself ‘is this actually true?’.

“On every single occasion I’ve been forced to admit that it’s not even remotely true and then accept, reluctantly, that I’ll have to find something else to fill my day.”

Cook stressed that Twitter users will still be able to criticise people on the basis of what they actually say and do.

He added: “For example, Lord McAlpine is a Tory industrialist who is also overweight. So I could, quite reasonably, tweet something like ‘hey @lordmcalpine why do you need so much money, you fat, greedy bastard?’.

“All I have to do is remember to not follow it up with, ‘you are a child molester’.”

Bercow had challenged McAlpine’s claim insisting her tweet was part of a widely-recognised pattern of being an attention-seeking cretin who degrades the office of Speaker of the House of Commons almost as much as her ghastly little husband.

Everything co-workers do is annoying 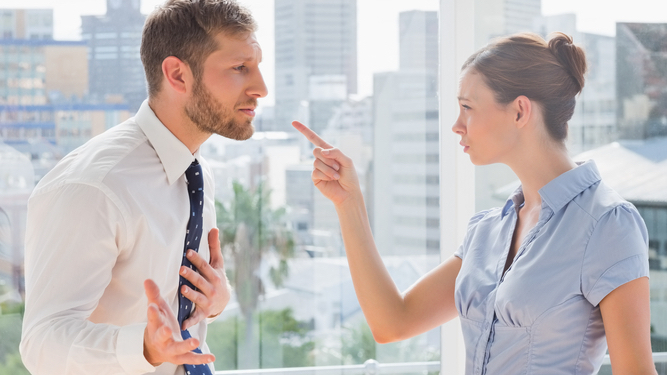 ABSOLUTELY everything your colleagues do is annoying, it has emerged.

Research by the Institute for Studies into workplace antagonism found that the most common cause of loathing towards colleagues was ‘every single thing they do’.

Sales co-ordinator Nikki Hollis said: “With the woman I sit opposite, I thought it was how she ate her sandwich in a nibbling fashion that got on my tits the most. Then I realised it was also the way she sat, at a slight angle to the desk.

“Then I decided I hated her skirt, her nose, and the way she says ‘fiddlesticks’ after incorrectly entering some data. It gradually dawned on me that I hated everything about her. And I feel the same about every other human in the building.”

Office manager Tom Booker said: “Just look at these fuckers, don’t you just want to slap each and every one of them in turn.

“I wouldn’t murder them because that’s wrong but if I could somehow magic them out of existence that would be really good.”