Two grown men high-five each other in public

A PAIR of adult men have high-fived each other in a cafe seemingly without either irony of self-consciousness, witnesses have confirmed.

The men, who were seated together drinking coffee, apparently reached a point in their conversation where it became necessary to physically affirm their shared positive feelings about a particular situation.

Helen Archer said: “The one guy put his hand up. I thought he was rudely summoning a waitress but it turned out to be much, much worse.

“He made a ‘don’t leave me hanging’ gesture with his eyes and his friend gave him the full high-five, like two eight-year-olds who’d just pranked a classmate.

“The reverberating cringe around the room, which they were oblivious to, left us all searching for answers. Were they joking? Were they foreign?

“But no, it seemed they were two adult British men who chose to celebrate agreement by performing a gesture already outdated when The A-Team was cancelled. Sickening.”

High-fiver Tom Logan said: “Come on, Steve scored with that girl from the gym. How is that not a high-five moment?” 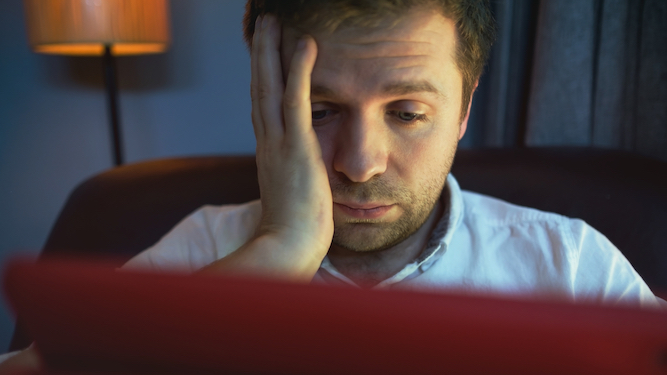 FACEBOOK has reminded a despondent man that three years ago, Brexit was such an unfamilar word and concept he tossed off a quick quip about it.

The social media site told Tom Booker that on this date in 2016 he was amused enough by the word ‘Brexit’ to make a joke he believed funny at the time, though in hindsight it was the beginning of a nightmarish journey into chaotic darkness.

“We’d never heard of it. I was only vaguely aware that there was a referendum coming up, and I certainly didn’t expect it to have any more impact than that Lib Dem one about how there should be more votes for the Lib Dems.

“I heard this silly new word, which I expected to stick around as long as ‘Yolo’, and made a little joke about it. That’s all. Just an innocent little joke.

“How was I supposed to know? That it would become a word I’d use tens, hundreds of times a day? That it would dominate everything until we begged for mercy?”

He added: “I still think it sounds like a breakfast cereal. But now a poisonous, burning one that you’re forced to eat at gunpoint.”