UKIP has called for the abolition of openly gay fencing.

The party said that gay fencing was undermining British democracy and defying the will of the people.

Nigel Farage, this week’s UKIP leader, said: “The decent, ordinary people of Britain are being imprisoned inside a massive gay fence.

“We must tear down this fence, or at least paint it red white and blue, rather than this multi-coloured monstrosity that looks like it was designed by a Brazilian transvestite named ‘Roberto’.”

Farage added: “More than 17 million people voted for this country to be protected by a large fence, roughly the same height as a typical English rugby player and with the same red-blooded, male urges.”

The campaign has been backed by the Daily Mail, the Daily Express, the Daily Telegraph and the Sun, who are all offering a free pork pie to readers who destroy any fence that looks gay.

Being 'reasonable' is for total f**king dickheads, agrees Britain 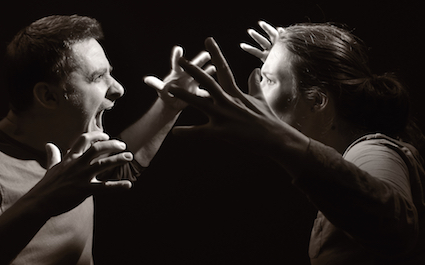 HOLDING reasonable political opinions is now only for total shitheads who should shut the fuck up forever, it has been confirmed.

As Britain’s newspapers branded judges ‘enemies of the people’ for a legal ruling and compared the Brexit process to the horrors of the second world war, the public agreed that frothing at the mouth like a rabid dog is the best way forward.

Susan Traherne, from Gloucester, said: “You know those people who say ‘there’s right and wrong on both sides’ and ‘politics is about compromise’?

She added: “In 2016, it’s all about taking the most extreme position possible on your end of the spectrum and characterising the other side as the Nazis, or Stalin, or the Khmer Rouge if you fancy something a bit exotic.”

He added: “If anyone even tries being reasonable around me, I’m punching first and asking questions never.”