THE impressive holes in Britain’s road have become a draw for foreign tourists.

Thousands of overseas visitors are coming to marvel at the country’s moon-like road surfaces, with a 2.6m pothole dubbed ‘Gladstone’ proving the main draw.

“Driving around you get constantly jolted, it’s like being on a rollercoaster or maybe another less thrilling ride that mainly just hurts your buttocks.”

Other popular potholes include 2.4m ‘Smokey Joe’ in Wiltshire and a cluster of smaller holes dubbed ‘Johnson’s Archipelago’ on a B road near Birmingham.

28-year-old Japanese tourist Tamiko Inoue said: “It is thrilling to look at your potholes and wonder who put them there. It is a mystery like Stonehenge.

“I think if you joined them all with a line it would spell ‘Greetings from Mars’.”

UK driver Emma Bradford said: “I am not the sort of person who normally gives a shit about ‘motoring issues’ but I’m getting piles just from driving to the shop twice a day.

“Still, I do feel weirdly proud that there’s a pothole on my road that’s longer and wider than a cow.” 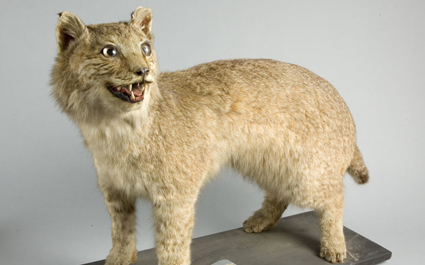 A REDISCOVERED museum specimen is evidence that Britain was once home to big cats that looked permanently surprised.

“The creature only had a four-second memory so it was constantly like ‘woah, what the hell is that tree-shaped thing, or that cow-shaped animal?’

“Unfortunately living in a perpetual state of wonderment is not conducive to being an effective predator, and they all died.”