STUDENTS hoping to move on to higher education from the University of Life must now pay a four-figure annual sum.

The UL’s BSc course in Street Savvy has a worldwide reputation for excellence producing successful graduates such as Lord Sugar and Jamie Oliver, while Cara Delevigne and Prince Harry both attended the BA course in Being Born Beautiful and/or Rich.

Such courses have traditionally been free, but from September students who opt to learn by getting their hands dirty will pay either with cash, payday loans or an addiction to crystal meth.

Defending the introduction of the £9.000 a year fees, David Cameron said, “Is it really fair that hardworking British families have to pay for their kids’ education at some uni that used to be a motorway service station, while benefit scroungers can get it gratis just by selling snide Armani jumpers their mate Shannon got off some geezer in Poplar?”

UKIP leader Nigel Farage, himself a UL graduate, said: “I studied free for my degree in Good Sound Common Sense. I’d very much like that opportunity for all British people, unfortunately too many illegal immigrants are abusing the system.

“I can’t give any specific examples of this, but as my old tutor always used to say, it stands to reason, doesn’t it?”

Clooney sick of having Goodfella’s pizza for tea 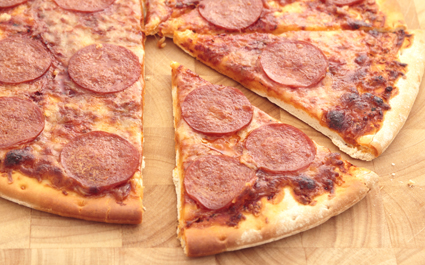 GEORGE Clooney has expressed frustration at having frozen pizza every evening because of his wife’s busy work schedule.

He said: “I don’t expect her to cook every night but she is literally always in Brussels or wherever, doing lawyer stuff. I can make an okay lasagne but it isn’t worth bothering if it’s just me.”

Clooney explained that most evenings at about 7.45pm he goes down to the basement of his Lake Como mansion and drags yet another Goodfella’s pizza out of the freezer.

“Lately I’ve gotten quite into the pepperoni one, sometimes I add a few extra olives to jazz it up a bit. Then I get a handful of salad from one of those supermarket salad bags and plonk it on the plate.

“Often I find myself staring for a few moments at the resulting meal. Then I put it on a tray and carry it to the room with the nicest television.

“If Amal gets back early enough she might have a slice, then she’s off upstairs to do a conference call or something.

“Every other night I have a glass of white wine. If there’s a true crime documentary on I will shout up to Amal’s study in case she’s interested, but she always says it’s a different kind of law.”