Len McCluskey revealed to be Marquis of Shaftesbury

The Unite general secretary was forced to admit his true identity after it became completely obvious he wants the Conservative Party to be in power forever.

Removing his jowly, prosthetic face, the Marquis said: “I’ve enjoyed being Len, it was absolutely spiffing,  but I did get rather sweaty under all this latex.

“Because I have the bearing of an aristocrat it was necessary to make me look as if I had been raised in a working class environment where people lift dirty things with their hands.

“Anyway, damage done. From on you will never know whether Britain’s unions are led by genuine socialists, or me and some of my friends from school.”

He added: “John Parrott works for MI5 and could kill you with his nose.” 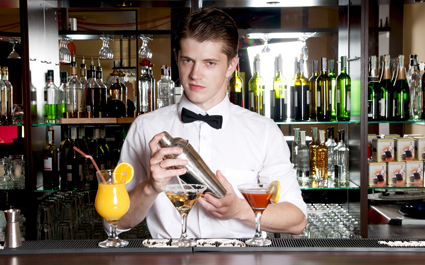 BAR worker Tom Logan has not even bothered to ask his boss whether his new job pays more than the legal minimum wage.

After completing a four-hour unpaid introductory training session, Logan said he could not be bothered to clarify his pay rate.

He said: “In the current work climate, the only question I ask is whether I’m going to be getting a wage at all.

“If the answer is ‘yes’ or ‘almost definitely’, I just leave it at that.”

Bar owner, Martin Bishop said: “Of course I don’t mind people asking about their hourly rate, but only after they’ve been here at least eight months. Before that I consider it an act of insubordination bordering on deep emotional betrayal.

“I mean, I’ve rescued these people from the gutter and given them their own cloth.”