Unprofitable families to be privatised

LOSS-MAKING families are to be sold off by the government.

Following government concerns that poorly-run family units are a burden on the taxpayer, underperforming households are to be managed by private firms.

A government spokesman said: “The problem with most families is that they’ve only ever run one household, whereas companies like ‘Excelsior Families’ or ‘Northern Family Units’ are experts in the field.

A spokesman for Northern Family Units said: “Even the most feckless family has a number of possible revenue streams. For example, we charge relatives for visiting rights.

“You set up a little box office in the kitchen and sell the grandparents £15 ‘visiting wristbands’ with the option of buying overpriced grab bags of Starburst for the little ones.

“When the grandparents sadly die, you pack the family off into a van and tour them as an itinerant circus act, or quasi-Victorian chimney sweeps.

“There are plenty of chimneys out there with no children to fill them.”

Ryanair to drug everyone for a tenner 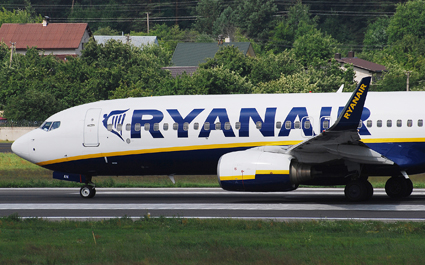 RYANAIR will drug you and your children to help you cope with the awfulness of it all.

For £10 the budget airline will give you a potent tranquiliser and for an extra £5 you get a small cup of water to wash it down.

A spokesman said: “You’ll still be able to buy things from the duty free trolley, we’ll just remove the money from you while you sleep.”

Frequent flyer Martin Bishop said: “This may finally convince me to use Ryanair. I’ve always had a vague suspicion that the planes will smell of urine.”