Utter lunatics taking their kids to a festival

A PAIR of deranged maniacs are going to take their children to a music festival while their friends stand back and let them.

Nathan and Hannah Muir are dragging their two and five-year-old children to Festival No. 6 in September, ignoring the obvious truth that it will be a disaster no-one will enjoy in any way.

Friend Eleanor Shaw said: “They said they’d booked a family ticket and I just nodded dumbly, rather than saying ‘Wow, that’s the most cretinous idea ever. What’s wrong with you?’

“Their plan is to attend the kid-friendly stuff in the day, which they’ll hate, and then take the kids along at night which the kids will scream and cry at until they get carried home.

“And the absolute freaks are camping and somehow seem to think they’ll do shifts partying and babysitting which is hilarious coming from two of the most selfish pricks I’ve ever met.

“They will ruin it for themselves, ruin festivals forever for their children, ruin the good time of anyone near them, and they told me this smiling as if they were geniuses of parental cool.”

Shaw added: “They were like ‘Isn’t that great?’ and I said ‘Yeah, you’ll have an amazing time.’”

Only even numbers of fruit and vegetables are healthy, experts declare 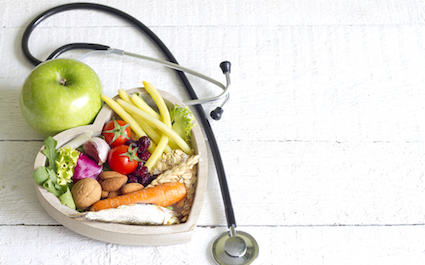 NUTRITIONISTS have claimed eating two, four, six, or eight portions of fruit and vegetables every day is healthy, but eating one, three, five, or seven could be fatal.

The five-a-day guideline, promoted for years, has now been abandoned for dangerously imbalancing the body and shortening life by as much as a decade.

Nutritionist Helen Archer said: “The human body is symmetrical with two hands, two eyes, two lungs and so on, so everything must be eaten in pairs.

“If you eat a banana it opens up two ‘health slots’ but if the next thing you eat is a pie then it goes in a ‘health slot’ and begins corrupting your ‘health cores’, which is really bad.

“So while two portions of carrots are great, three will kill you. With a portion being probably like two or so carrots, depending on how big they are.

“Follow this advice rigorously until we decide it’s wrong and change it. Or you’ll die.”