AN East Sussex vicar has been found guilty of worshipping a bogus deity for the last four years.

Lewes Crown Court heard evidence that Alex Brown conducted over 380 church services in which he offered eternal salvation to parishioners which was later found to be worthless.

“The whole scheme is masterminded by a Welshman named Rowan Williams and the operation is worth millions of pounds based on little more than a religious Ponzi scheme.

“We estimate Williams has hundreds of other operatives reselling dodgy redemption across the country.”

Parishioner Emma Bradford said: “Reverend Brown said he could sort me out a place in heaven in return for regular donations to the collection plate and an unquestioning fear of an omnipotent creator. I had it looked at by an expert and he reckons it’s nothing more than an ontological fallacy perpetuated to subjugate the underclass into obedience.

“I felt a proper mug after hearing that. Especially after all that business I had last year when those travelling Buddhists sold me a schonky Noble Eightfold Path.”

Det Insp Hatton admitted that Brown’s motive was still unclear, addeing: “There’s a lot more money to be made running a Scientology scam and you get laid a lot more often using Catholicism, although admittedly that’s a very specific type of sex.

“The only thing we can surmise is that he really liked wearing a frock and appearing on Songs Of Praise, a bit like a 20th Century version of Thora Hird. With a cock.”

So, How Was That Going To Work? Everyone Asks Family Of Dead Japanese Guy 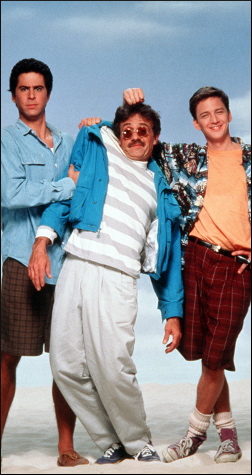 THE relatives pocketing the pension of a Japanese man who had been dead in his bed for 30 years were last night asked exactly how they thought this was going to pan out.

Sogen Kato was thought to be the oldest man in Tokyo until local officials offered him a piece of cake to celebrate his 111th birthday and his nose fell off.

A Tokyo City council spokesman said: “The grand-daughter picked up the nose and tried to stick it back on saying, ‘oh, it does that all the time, doesn’t it grandad?’.

“We then noticed a couple of other clues. One, he’d been very quiet since we arrived, and two, he didn’t have any eyes.

“But it was only when we all shouted ‘Mr Kato, we have cake for you’ as loud as we could that we realised he was probably dead.”

Helen Archer, some opinionated cow from Hatfield, said: “At which birthday were they going to stop. The 135th? The 190th?

“Or perhaps he was to be passed down through the generations, each one pocketing the pension of the unbelievably old man with the detachable nose.

“You can really only do Weekend at Bernie’s with a brand new corpse. If you try and do it with a skeletal mummy that’s 30 years-old someone is eventually going to twig.”

And Bill McKay, some arse from York, said: “If you try and make out that your grandad is still going strong at 135 then somebody in the pension office is going to notice that and there’s a good chance they’re then going to phone the Guinness Book of Records.

“They are then going to turn up with a photographer and the expectation of a pulse. And even though old Norris McWhirter has long since passed, those boys are no chumps. They verify old people’s ages all the time and they’ve gotten very good at telling whether or not someone’s incredibly dead.”

He added: “They could at least have bunged him in the fridge or hired a ventriloquist.”