WEATHER is no longer a safe topic for small talk in social situations, experts have confirmed.

As storms and climate-related events continue to cause destruction across the globe, people just wanting a chat have been advised to steer clear of all conversation about any form of weather.

Office worker Nikki Hollis said: “I was in a lift with a colleague the other day and we started talking about how it feels like autumn is setting in.

“The next thing I knew we were analysing the psychology of climate change deniers and wondering how we’d each fare when society collapses under the waves.”

She added: “By the time we reached the fifth floor, we’d got onto whether the planet was rejecting humans altogether.”

However, politics and religion have been downgraded to ‘relatively safe’ topics for discussion, as everyone agrees that Theresa May is a disaster and if there is a god, it is a vengeful one.

Anyone still concerned about stumbling into controversy, has been advised to stick to holiday plans, anecdotes about pets and Piers Morgan being a dickhead. 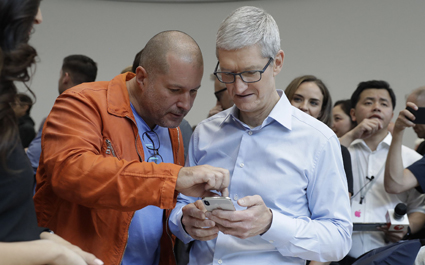 APPLE’S new iPhone X has been hailed as a revolution in dicking about.

The cutting-edge smartphone, which costs a thousand pounds, has a host of features to make dicking about simpler, smarter and more compelling than ever.

Apple’s Tim Cook said: “You are just going to love dicking about with this. Look, if I press it here a picture of a cartoon pig comes up, then you talk to him and he goes ‘oink’.

“But that’s not all. If I hold it like this then it takes a picture of my face, and then I can make it look like I’ve got wings coming out of my eyes and turn that image into a hologram for no purpose whatsoever.

“And you know that thing that makes your screen look like some beer and you can tip it and pretend to be drinking the beer? It’s got that on it.”

Cook then abandoned his presentation as he became so engrossed in dicking about with the iPhone X.

Technology analyst Emma Bradford said: “If you tap the screen twice it says ‘ice cream’ in Spanish. That’s the kind of dicking about I’d pay a grand for.

“Plus it has cool ‘just for fun’ features like letting you hear another person’s voice and say things to them. That’s more for the hardcore fan though.”