We're too busy to take a break, say arseholes who aren't really

OVER half of Britain’s office workers are tedious sods playing the martyr to make everyone else look bad.

The Institute for Studies found that 54 percent of desk-based workers are deliberately making a massive deal out of being too busy to have a break, despite it being obviously bollocks.

Professor Henry Brubaker said: “They won’t have lunch or fag breaks and will be in the office for 12 hours a day, at least eight hours of which are spent telling anyone who will listen how they are under crazy amounts of pressure and then sighing in a loud, exaggerated manner.”

Brubaker said this flimsy pretence contradicts recent data showing the average office job would occupy less than 15 minutes a week if everyone just stopped titting around.

He added: “There’s no actual reason why they can’t go outside, like normal humans. And yet they insist on acting like some perverse contradiction of Captain Oates, offering to ‘stay inside for some time’ as a grand gesture of human sacrifice for the good of their fellows.

“They are such fuckers.” 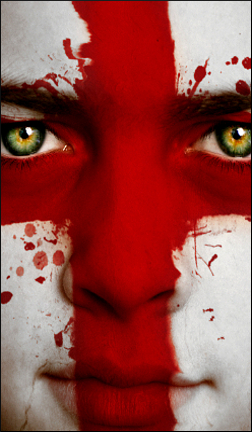 A LOCAL community has been banned from painting an England flag on the side of a building just because they want to use the blood of dead Argentinians for the red bits.

Left-wing council chiefs in south London said the image could be offensive to people who were not supporting England, or who simply did not like the idea of a huge public mural made from human blood.

But Wayne Hayes, a local builder who designed the World Cup morale booster, said: “I’ve spent a lot of money luring Argentinians over here and then culling them in my shed. What am I supposed to do with all these buckets?”

Hayes and his colleague Stephen Malley have already paid tribute to the England team by completely covering the windscreen of their Transit van with a large England flag.

Malley said: “It’s great driving down the High Street and hearing everyone beep their horns in support.”

And the pair have also been praised for bricking up the entrance to the local A&E department and painting an England flag on it.

But Hayes revealed: “Sure enough, a man from the council comes along and says we have to knock it down ’cause it could stop people from getting life-saving treatment. But we kept telling them, ‘it’s got the England flag on it’.”

Meanwhile Bill McKay, a bank manger from Stevenage, has spent the last four months sneaking into local cemeteries at night and digging up bodies for his 1200 square metre corpse collage of the St George’s Cross.

He said: “Some of the corpses are in the home strip and some are in the away strip. I’ve given this a lot of thought.

“But sure enough, last week a man from the council came round and said it was easily the most disgusting thing he had ever seen. Can someone please tell me what’s happened to this country?

“If I had used them to create a swastika or a picture of a man having sex with a chicken then I could see his point, but this is just lefty, gayboy nonsense.”

Martin Bishop, from Peterborough, added: “I’ve had little England flags tattooed onto the inside of my eyes. They had to go in through the back of my head with a drill and gouge out some of my brain. But I suppose that should have been banned as well, should it?

“Actually, come to think of it, it probably should. I can’t see anything and I’m pretty sure I’m going to die.”