Obama Starting To Sound Like A Bit Of An Arse

PRESIDENT Obama’s handling of the Gulf oil spill is starting to make him come across as a bit of an arsehole, it emerged today.

In the past week British liberals have become increasingly distressed at the president’s political exploitation of anti-UK sentiment and his constant use of the world ‘folks’.

And as the White House threatened legal action against BP but none of the American companies it was working with, Britons who just 18 months ago were cheering on the Obama campaign have this week found themselves quietly typing the word ‘Bhopal’ into Google.

Julian Cook, from Finsbury Park, said: “He’s using all these phrases like ‘kicking ass’ and ‘nickel and diming’ whatever the hell that means.

“John F Kennedy would never have used the word ‘ass’, unless of course he was humping one for the fourth time that afternoon.

“And he keeps saying ‘folks’. ‘We gotta do somethin’ to help those folks down there in Louisiana’. Does he mean ‘people’?.”

He added: “I’m sure it’s not an affectation. It probably seeped into his sub-conscious when he was editor of the Harvard Law Review.”

Martin Bishop, a West Wing fan from Hitchin, said: “This morning I saw a quote from Norman Tebbit – Norman Tebbit – saying that the Americans do seem to have forgotten how one of their corporations dealt with the disaster at Bhopal.

“So anyway, here’s some interesting facts. The Bhopal gas leak killed an estimated 16,000 people and directly affected around 500,000. Union Carbide eventually paid out $450m in compensation. Which is an average of $900 per person. So, as you can see, they really did somethin’ to help those folks down there in India.”

Julian Cook said: “I’m not sure how these words are coming out of my mouth, but Barack Obama has made me agree with Norman Tebbit.

“And now you’ll have to excuse me because I think my fucking head’s about to explode.” 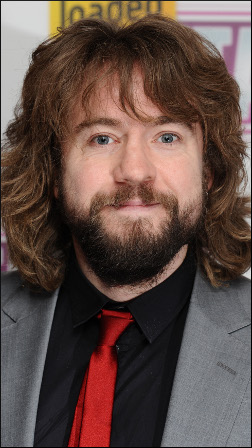 THE new A-Team film is to carry a warning advising white men in their 30s not to impersonate B.A. Baracus.

The message will appear at the start of the feature, telling all those who never outgrew the original TV series not to repeat the phrases ‘I ain’t getting’ on no plane, fool’ and ‘you crazy fool, Murdoch’ in pretty much the same voice that they also use to impersonate Samuel L Jackson.

A spokesman for the British Board of Film Classification said: “The character of B.A. Baracus has long been considered a kind of ‘free pass’ for white people who would normally feel uneasy about publicly imitating an angry black man.

“This type of behaviour is never less than excruciating and cannot be condoned. At best it’s socially and politically iffy, at worst it reeks of Justin Lee Collins.”

Tom Logan, a sales executive from Stevenage, said: “I think it feels okay because Mr T is a cosy teatime thing, sort of like the Antiques Roadshow if it had loads of muscles and chains and could kill you with its bare hands.”

He added: “Calling someone a ‘sucka’ because they’ve incorrectly configured their email settings is going to be brilliant though, isn’t it?”

Stephen Malley, one of those IT consultants from Swindon, said: “It’s a shame because Mr T is the only black voice I feel I can still do in the workplace without the personnel department getting heavily involved in my life.

“I remember a time, not so long ago, when you could arrive at your desk in the morning and let out a hearty ‘Katanga, my friends!’ but if I did that now it’d be all over one of those fancy London newspapers and they’d send me to live in Gloucester.

“That said, I am working on my Nelson Mandela and a very respectful Ainsley Harriot.”