POLICE are stopping disproportionate numbers of ethnic minorities purely so that they can act ‘street’, it has emerged.

Figures from the Institute for Studies found that UK police are up to 26 times more likely to want to kick it with black people than whites.

Professor Henry Brubaker said: “It’s no secret that a large percentage of white police officers secretly long to be black. Many of them received daily bogwashes during their school career and are desperate to be accepted into what they think is the ‘cool gang’.

“At the very least they’d like to think they’re in The Wire, treading an exciting but dangerously fine line between the right and wrong side of the law, when really they’re mostly doing paperwork and cycling proficiency tests.”

Tom Logan, a plumber of West Indian extraction, was pulled over while travelling home from work. He said: “The officer asked me to come and sit in the police car. I thought maybe I had a brake light out.

“As we approached the car I noticed that dub reggae was playing on the stereo at considerable volume. The officer then produced what I initially assumed to be some sort of tampon, but was in fact a poorly-constructed cannabis joint.

“He told me we were going to have ‘creamy tokes on this sick blunt’ and asked me whether I preferred Ice Cube or another nineties rapper. It was extremely awkward.”

He added: “The officer said that although he currently only had a truncheon and a torch, he was about to get a ‘proper badman gun, seen’. I wasn’t sure how to respond, we just sort of sat there for a bit trying not to make eye contact.

“I’ve got two kids and shouldn’t be expected to tolerate this level of social queasiness.”

A police source said: “It’s an open secret in the police force that many officers think black people are cool. I’ve heard many white officers ending sentences with the word ‘seen’.

“Asians are targeted less because they’re considered to be not as good as rapping. And Welsh people are of no interest whatsoever.”

I Guess That's Why They Call It The Circle Of Life, Says Elton John 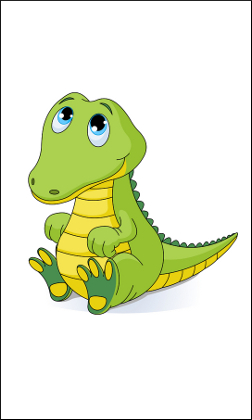 POP music all sounds the same these days, the singer of Goodbye Candle in the Road claimed last night.

Sir Elton John launched a scathing attack on modern songwriting insisting it was no match for hits such as Bennie and the Rocket Man or Sorry Seems to Let the Sun Go Down on Me.

Britain’s greatest singer-songwriter of the past 10,000 years said 21st century musicians would never be able to match the inventiveness and diversity of his 1975 album Captain Caribou and the Yellow Brick Cowboy.

He added: “Songs like Saturday Night’s Alright for Crocodiles are so different from Don’t go Breaking My Crocodiles.

In a wide-ranging interview with the Radio Times, Sir Elton also defended his decision to perform at the birthday party of Rush Limbaugh, the fat American radio bastard.

He said: “It’s not about the million pounds that I am being paid to sing Rocket in the Wind and Don’t Let the Crocodile Go Down on Me, it’s about building bridges and knocking down walls made of yellow bricks.

“Perhaps Rush will have his eyes opened and then join me on stage during Circle of Bitch.”

Limbaugh said he was looking forward to welcoming Sir Elton to his home, adding: “I just wanted to prove my theory that homos will do anything for money.”