'What nationality are all these racists then?' wonders confused Briton

A PUZZLED Briton is wondering, since the UK has been cleared of racism, where all these racists he keeps meeting are from.

Courier Tom Booker was initially relieved that the Commission on Race and Ethnic Disparities believed Britain was a ‘model for other white-majority countries’, but then began wondering how that explained all the racists.

He said: “They certainly seem British. They’ve got British accents and everything. But according to this report, they can’t be.

“They’re definitely from a white, English-speaking country because they’re aggrieved at the very suggestion they could speak another language. But which one?

“Are they Canadians who’ve sneaked in on false visas, flawlessly mimicking our Yorkshire accents and style of dress? Are they Australians who like their racism tea-sipping and genteel?

“Either way there’s loads of them and they’ve infiltrated this country at every level, from the lowest baseball-capped street-corner scumbag to our great institutions of law and learning to the very corridors of power.

“Bloody immigrants coming over here, making our country racist. We should kick them all out.” 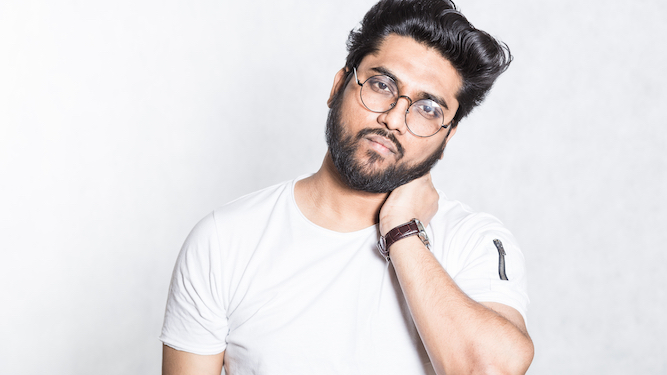 A BRITISH fan of Bruce Springsteen is wondering why his idol has never written a song about the Wiltshire town of Swindon.

Swindon native Nathan Muir noted that The Boss has written songs about US locations from Philadelphia to Atlantic City to Nebraska, but has puzzlingly yet to venture across the pond to immortalise Swindon.

He said: “Bruce is all about valorising the downtrodden working man. Well, life doesn’t get much downtrodden than round here. It’s shit.

“His track could encompass classic Springsteen themes like the atmosphere of hopelessness and despair that hangs around post-industrial towns, and he could also mention our Museum of Computing.

“There’s Stonehenge nearby, which you’d think would be majestic but is a right f**king rip-off with an A-road roaring past, and there’s Swindon Town FC. Their record over the last 30 years is an EP in itself.

“It’d be a departure, because he’s not covered roundabouts, concrete multi-storey car parks or insurance branch offices before, but the ups and downs of life for Swindonians like me is a glaring omission from his back catalogue.