TELLING someone their beloved newborn looks like a wrinkled ball sack or Iain Duncan Smith tends not to go down too well. Here are some things to say instead.

‘Hasn’t she got tiny fingernails?’

In any other context this question would be considered embarrassingly trite but new parents will be so out of their minds with tiredness it will be received as a great wisdom.

What you’re really thinking is ‘Christ, how the hell did you force this massive thing out of your privates, you lunatic?’, but don’t actually say that out loud, even though the mother is probably thinking something similar herself.

This inane statement will make you look thoughtful if your new parent friends are a bit dull. However it may spark a rambling conversation about The Future which will be more interesting than more stuff about bloody baby food.

This comment will demonstrate that you have spent a polite amount of time looking at the baby, and also create some potentially entertaining conflict around its paternity.

Both an interesting theoretical proposition and a sure-fire method of having the baby taken away from you instantly. 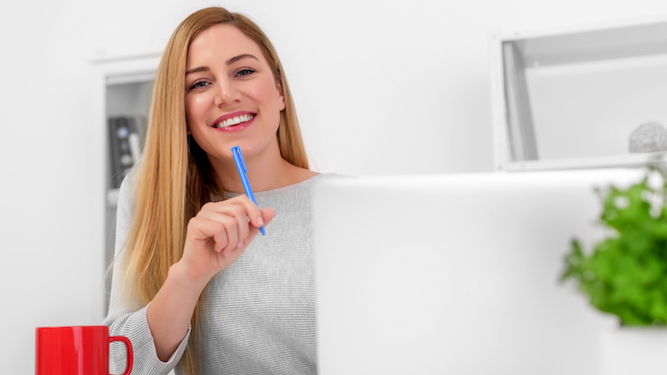 A PRETTY woman whose opinions would normally be considered trite or stupid is actually a very deep thinker, male acquaintances agree.

Extremely hot marketing executive Nikki Hollis’ male co-workers feel her odd views are well worth listening to, due to her quirky yet brilliant intellect.

Colleague Martin Bishop said: “Nikki’s got a unique take on things which I find incredibly refreshing, like when she thought the IMF was called the Incredible Money Factory, which is actually a better name if you think about it.

“She’s also put forward fascinating theories about whether cats are a type of otter and that Scotland might invade England if Nicola Sturgeon becomes too powerful.

“Some people find her views hard to get on board with, mainly other women. But every guy in the office thinks she’s an innovative thinker who isn’t appreciated in her own time, much like Einstein probably was.

“What did I last discuss with her? To be honest, I can’t recall but I distinctly remember feeling oddly excited and breathless so it must have been fascinating.”

Hollis is currently discussing whether there are vegetarian sharks with colleague Tom Booker, who has agreed several times that it is a very interesting topic.